This year in all Ukrainian Olympiad on management of external economic activities which passed on the basis of Donetsk State University, the master of ZNU Olga Granko took the 2 place, and the students of the 4 year Yulia Stolbina and Kateryna Shubrykova took the 8 and 9 places.
271 view

The combined team of the Faculty of Physics "Zhukovskogo, 66" again received the victory in Closed Championship of KVN on the Cup of Rector.
214 view

On April, 23rd in ZNU there was the seminar for observers for external independent rating of knowledge. Before the seminar Zaporizhzhya journalists discussed topical problems of EIR-2009 with representatives of educational establishments.
255 view 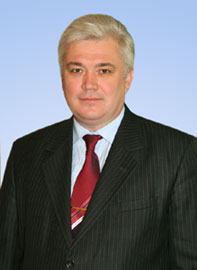 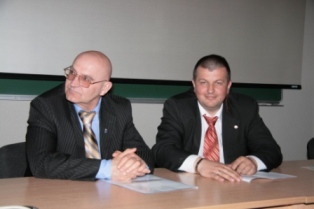 On April, 15th in Zaporizhzhya National the round table discussion "Cossack fighting art "Spas" was held. The organizer of the action was Student's scientific organization of ZNU. Problems and achievements of Ukrainian national system of modern physical training, Ukrainian hand-to-hand fight "Spas", its sources and the place among other fighting arts of the world were put for discussion.
226 view

From April, 16 till April, 18th in Zaporizhzhya National there passes the international scientifically-practical student's conference "Innovative ideas of youth in social and economic development of Ukraine of XXІ century ". The organizer of the action was the Faculty of Economic of ZNU.
219 view 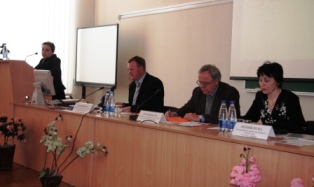 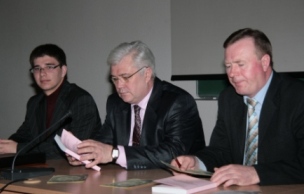 Solemn rewarding the participants of the ІІ university final scientifically-practical conference of students and young scientists "the Young science" took place in Zaporizhzhya National University from April, 8 till April, 10th. The initiator of this important action was Scientific student's society of ZNU.
Молода наука-2012 конференція
252 view 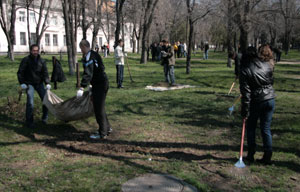 On April, 9th in Zaporizhzhya National the ІІ International scientific conference "Foreign philology in ХХІ century" took place. Scientists from 5 countries of the world and 31 cities of Ukraine gathered for the action.
246 view
Pages : 1 2 3