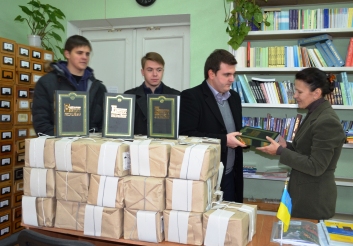 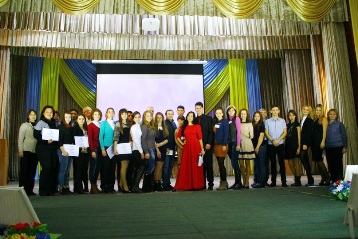 November 21 in Zaporizhzhya National University was held a Festival of Philosophy - 2014. It is the second time in our university, but has already become popular. This time to participate in the event not only high school students joined Zaporizhzhya schools, but pupils of Zaporizhzhya region.
Факультет соціології та управління Фестиваль філософії Sociology
357 view

Faculty of Economics raised funds for the orphanage 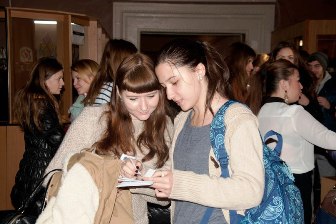 21 November, following the initiative of Students' Council at the Faculty of Economics of Zaporizhzhya National University held a charity auction, which collected funds for children who were left without the parental care.
Економічний факультет благодійність Economy
409 view 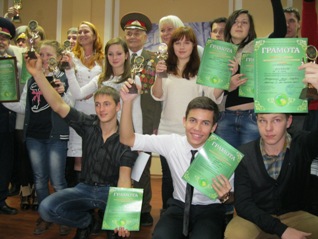 In order to improve the awareness of young people about the history of Zaporizhzhya region, preserving the historical memory of different ages and deference to eminent personalities November 21 at Zaporizhzhya regional museum held a regional literary research competition "Patriotism in Zaporizhzhya fate." The competition made by the Department of Education and Science, Youth and Sports of Zaporizhzhya Regional State Administration municipal institution "Regional Center of patriotic education" Zaporizhzhya Regional Council and the Department of Educationa Workl of ZNU. From our university took part in it only the students of the Faculty of Economic of ZNU.
Економічний факультет патріотизм Economy
385 view 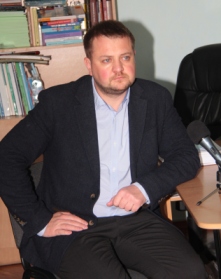 November 21 Zaporizhzhya National University visited the chief editor of the TV channel "Inter" Anton Nikitin. Future journalists and publishers have learned about career media manager and asked him many questions about the information policy of the channel, journalistic ethics.
факультет журналістики Journalism
355 view 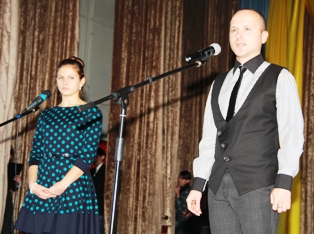 November 21 at the Philological Faculty of ZNU took place literary and musical evening dedicated to the 200th anniversary of the birth of the world famous poet and writer, a classic of Russian literature Mikhail Lermontov.
Літературно-музичний вечір Philology
308 view 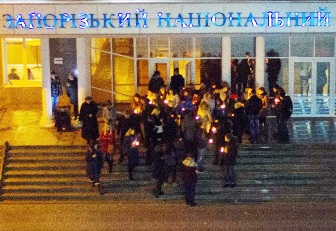 November 21 at the second academic building of Zaporizhzhya National University students lit candles and events mentioned last year that led to the Dignity Revolution, and those who died in the Maidan and East of Ukraine.
264 view 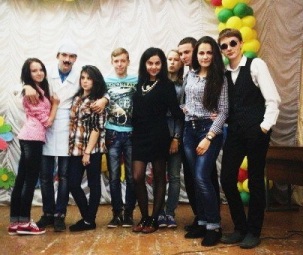 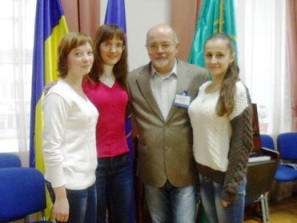 In the International Students' Tournament of historians, which was held November 18-20 in Kyiv at the Kiev University named after Borys Hrinchenko, took part 31 team. Among them was the team of the Faculty of History of ZNU, composed of students of Svitlana Liuta, Kateryna Yemelianova and Viktoriia Korobkos. Head of the girls was Ph.D., professor Oleksandr Davlietov. Kiev battles preceding the rigorous selection of participants at the Historical Faculty of Zaporizhzhya National University. In October, there occurred preliminaries, which resulted in the team were students who have demonstrated the best knowledge. Under the guidance of their mentor continued preparations for the tournament.
Історичний факультет History
290 view 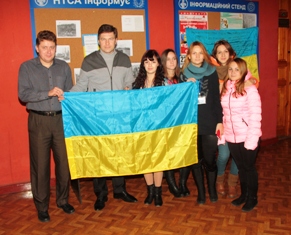 Voluntary Sector of the Faculty Student Council during the campaign slogan of which were the words: "Support those who remember and protect you ...", collecting money for the 55th Artillery Brigade, aid which has already become traditional good work of students and teachers of the Faculty of Mathematics.
Математичний факультет благодійна акція АТО Mathematics
518 view
Pages : 1 2 3 4 5 6 7 8 9 10 11 12