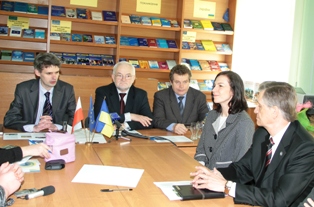 Recently there was the opening of the department of the European Informational Center in the Scientific Library of ZNU. The project is supported by the International Renaissance Foundation and Human and Society NGO. The Republic of Poland Consular General in Kharkov Ian Granat and Vice Consular Anita Stashkevych visited ZNU. There also were the Renaissance Foundation's program coordinator Darina Nakonechna,, ZNU Vice Rectors Viktor Gryschak and Volodymyr Volkov, NGOs' and mass media representatives at the event.

As a sign of the Polish-Ukrainian friendship the Polish guests presented the Center with the books in Polish and Ukrainian languages (encyclopedias, European symbols publications, the text books of Polish language and so on), the musical CDs with famous Polish composer Frederic Chopin's works. 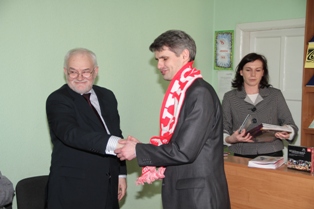 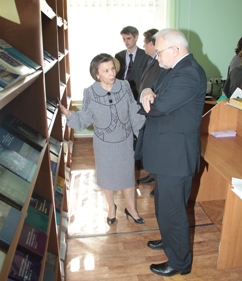 Zaporizhzhya joined the European Informational Centers Network which connects already 15 Ukrainian cities. Every citizen can use the center's resources to enrich one's knowledge about Europe and Ukraine.