Holiday With Own Hands 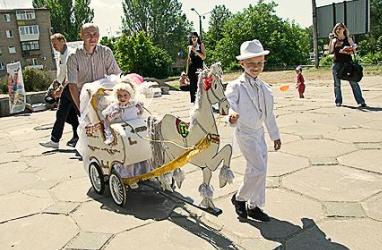 The ZNU faculty staff and students are active in the cultural life of Zaporizhzhya. We participate in different events and create them ourselves.

The Assistant Instructor of the Chair of Informational Technologies of the Department’s of Mathematics Andrii Zinchenko has been participating in the city events. Last year his 6-years-old sun Maxim and 4-years-old daughter Nastya in the costumes of bride and groom participated in the Just-Married Parade.
This year the family won the city parades twice. Andrii remodeled the old child baby carriage made in 1974 into the beautiful carriage for Nastya. They participated in the child carriages parade organized by Channel 5. They won the second place out of 120 participants and got the tour to the aqua park in Kyrylivka at the Azov sea. 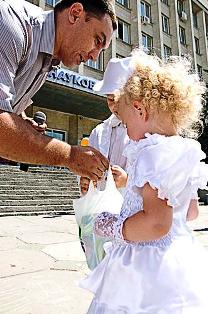 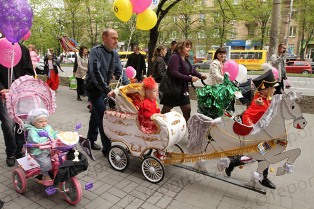