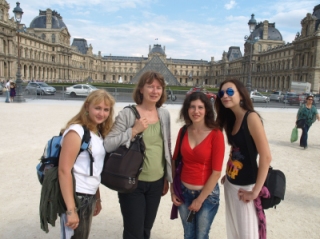 It's the first time in the history of the Biological Department Natalia Dudareva got the possibility to study in the Du Main University (France) at the Double Diploma Program.

The French Master Preparation program differs from the Ukrainian one. It lasts two years in France. 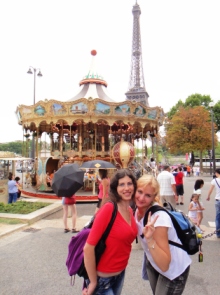 But only the best students get possibility to stay the second year in the university for the second level graduate studying.
Last July two students of the Biological Department Angelina Chemerys and Natalia Dudareva, and the Management Department student Anna Golovkova went to study at the Du Main University. 25 students from different countries (China, France, Ukraine and other) formed the Biology class. Only five out of 25 got the possibility to stay for the second year. Natalia Dudareva is in the lucky five! Congratulations to Natalia! 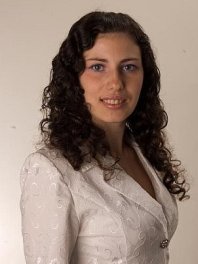 The Biological Department administration invited the representatives of the Du Main University to the conference devoted to the 25th anniversary of its foundation. The agreement has been already negotiated.