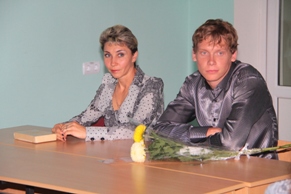 September 10th at the College of Economics and Law of Zaporizhzhya National University under the Ukrainian Olympic Week (September 9-14) held meeting of the students of specialty "Physical Education" of I-III courses with famous sportsmen of Zaporizhzhya - ZNU graduate student Olga Strazheva and our university student Sergiy Frolov.

We remind you, that Olga Strazheva – the gymnast, Olympic champion, world champion, Honored Master of Sports of USSR. 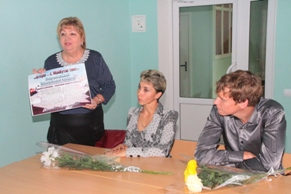 Sergiy Frolov – a multiple champion of World and European competitions, octuple champion of Ukraine on distances of 1500 m and 800 m freestyle.
The event was attended Director of the college Olena Grybanova and teaching staff of ELC. The host of the event was head of the cycle commission of physical education Anna Belous.
At the meeting physical education student of ZNU Sergiy Frolov told about his own achievements, the history of his development as a sportsman, about setting records of Ukraine, etc. He also informed students that started to go in for swimming from 3rd form, and also he shared his experience, concerning how to training and successfully 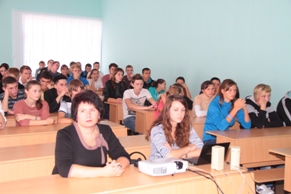 perform at the competition. Later all interested persons had an opportunity to ask questions to Sergiy.
Then before students performed a graduate of our university Olga Strazheva. Olga told the audience that started practicing gymnastics from 5 years old, also shared own experiences on how to successfully conduct training and perform at the event, she said about the impression of the preparation for Olympic Games in 1988 and about participation on it. 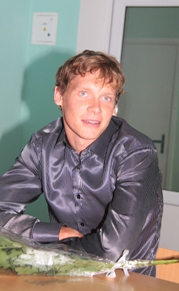 Olga Strazheva demonstrated an Olympic medal and said that the most important award in her collection this medal, because most sportsmen shall give priority to awards of the Olympic Games. Present on event were able to ask questions to champion.
After the guests talked with students, to present demonstrated a video dedicated to sportsmen, champions of Economics and Law College. For example, student of 1 course of specialization "Physical Education" Maryna Bobkova became the winner of the European Championship in weightlifting among cadets in the weight category 50 kg. Mykhaylo Jaworski and Yelyzaveta Babiy entered the final of the 2013 World Championship in Athletics among juniors. 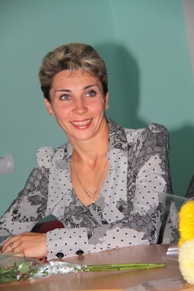