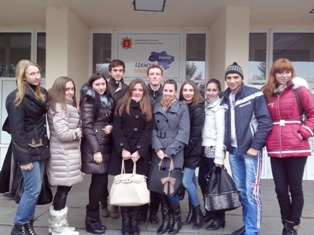 November 26 in Zaporozhye regional center of patriotic education of youth held a roundtable on "Orthodoxy and the Cossacks as the spiritual foundation of patriotic education in Ukraine", which participants were activists of the Scientific Community of Students and Postgraduates of the Faculty of Social Sciences and Administration.

The event was held for the purpose of exploration the problem and prospects of the formation of the spiritual culture in Ukraine.
Participants in the roundtable discussion were representatives of governments, local authorities, NGOs, academics, clergy, students and youth employment. Moderator of the event – Ph.D. in Philosophy, Head of the Theory and Methods of Education BB "ZOIPPO" AB Mykola Malovany.
For consideration have been rendered the following questions: 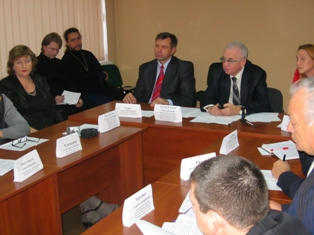 1.The development of spiritual culture in Ukraine. Problems and prospects. Spiritual and moral values ​​- the key to success in today's society.
2.Discussion of proposals and the adoption of the resolution of the roundtable meeting.
It should be noted that during the meeting highlighted the different views on the nature of the issues. Despite in various ways and critical thought, expressing of participants were tolerant.
The debate broke out over historical issues, which allowed a more detailed look into the essence of the topic. During the discussion failed to consider the values ​​of society, how the media affect the understanding of human myth and historical truth. It was definitely "foundation" patriotism formation and factors that influence this process.
After completion of the round table participants expressed their hope for holding similar events on a wider scale. The participants also noted among the advantages of the event that express their point of view and had the opportunity young people.