In ZNU held a tournament on mini-football of commemoration Vyacheslav Tolok, the former Rector 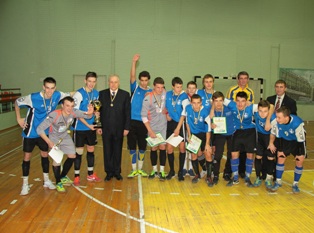 11 December in sports and recreation complex of Zaporizhzhya National University held the final of Cup on mini football of commemoration the former Rector of the university (1984-2003), Doctor of Physical and Mathematical Sciences, Professor, Honored Worker of Science of Ukraine, head of Zaporizhzhya regional branch of the Academy of Sciences of Higher School of Ukraine Vyacheslav Tolok.

The host of the event was a student of the Faculty of Mathematics Mykola Kopylovsky. The Chief Judge of the tournament – arbiter of national category, Master of Sports Yuriy Arystenko. 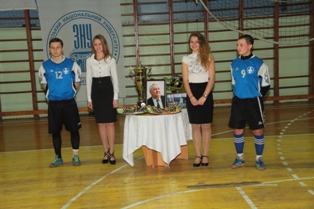 The solemn event attended Head of Zaporizhzhya Regional Committee for Physical Education and Sports Department, Ministry of Education and Science of Ukraine Andriy Mushtay, Deputy Head of Zaporizhzhya Regional Council of Trade Unions Igor Skorokhodov, Rector of ZNU Mykola Frolov, Rector of ZNTU Sergiy Belikov, Vyacheslav's Tolok relatives and other.
Even before the competition the tribunes of Sports Complex was filled with fans who actively support their team.
In the tournament on mini-football participated teams in a variety of skill levels and ages: 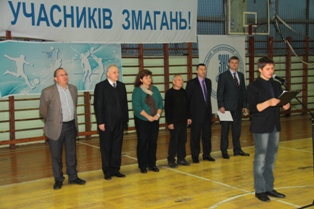 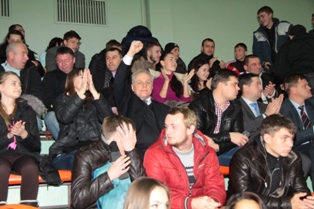 As a result of a long struggle for the title of best players "Tolok V.A. Cup" in the group "A" won the national team of ZNU, second place took team of ZNTU, and the third - KPU team.
In addition, student of our university Evgen Dunda won in the category "Best Goalkeeper", and student Gazi Nairi became "The best player".
Rector of ZNU Mykola Frolov presented awards to the winners of the competition and said that next year will happen next tournament on mini-football of commemoration Vyacheslav Tolok, which will be held at the same high level as this year's. 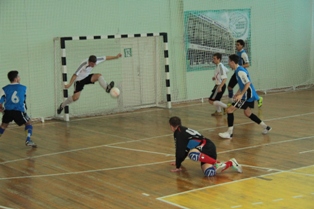 In the group "B" winner of the tournament was the team of "Hippocrates", second place took team DYUSSH "Invasport", and the third - the mass media team "Commonwealth". Rector of ZNTU Sergiy Belikov turned with words of congratulations to the winners of the group, presented the award and wished them success in future sport competitions.
The award ceremony of the winners of the tournament on mini-football also visited Vyacheslav Oleksandrovych daughter Nataliya. She thanked the organizers and participants of the event for the commemoration of of her father and said that he always knew how much strength athletes need to make in order to achieve good results. So, Nataliya wished young athletes success and new victories.