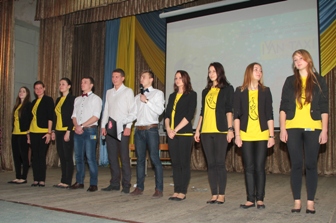 February 12 at Zaporizhzhya National University held the Open League of Club of the witty and creative of ZNU (CWC) Rector's Cup traditionally organized by the Culture Center of our university. 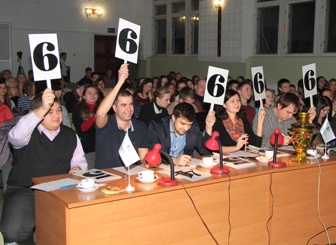 Unchanged host of the event was Head of the club of witty and creative of the Culture Center Oleksiy Savytsky. He welcomed all those present at the feast of humor and ingenuity, and presented to the audience members of the jury.
Club teams evaluated famous players of CWC: author of CWC team "Kharkiv cops", participant of festival in of Jurmala "Singing Kivin", Vice Rector of Classic Private University Dmytro Yermolenko; participant of CWC team "FIFA", 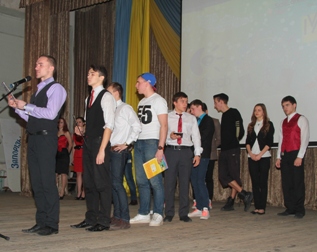 finalist of Mayor Cup, Mayor Cup champion within a team "Metallurgists avenue", participant of President's Cup 2012 Olha Nesterenko, author and member of the team "Team of ZNTU" of Open Champion of Zaporizhzhya League, Ukrainian League finalist Igor Lysenko, ZNU graduate, author and member of CWC team "Team ZNU", ninefold Rector's Cup finalist of ZNU Artem Pshenychny, Zaporizhzhya Open champion league of CWC Oleksiy Yenyutin.
Semifinal of CWC consisted of three rounds. First round - "Cheers," which was the theme of the celebration of St. Valentine's Day. In the second round - "Biathlon" - players take turns reading jokes. At the end of the event the audience was expecting a new contest - "Perfomance with a 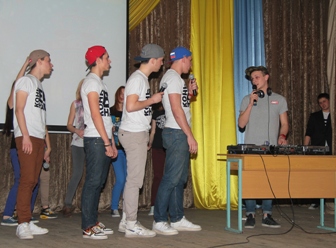 star". For example, players of a CWC team "Banana" prepared a funny interview with Head of Students' Council of ZNU Anton Osadchuk, and teams "Knight on E5" – with dj Shults. However, the most points scored in this competition the team's "Universe" and "Communal".
As a result of the game to the final of Open League of Club of the witty and creative of ZNU on Rector's Cup passed teams "Universe", "Banana", "Knight on E5", "Law Faculty" and "What's the difference?".
At the end of the event the members of the jury congratulated the winners and wished success to players in the final competition to be held in April.