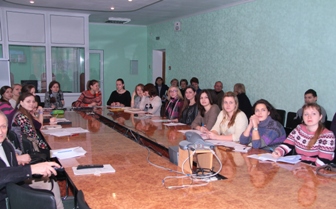 The event visited Dean of the Faculty of Foreign Languages Halyna Moroshkina. She turned with a welcoming speech to the French colleagues and thanked for their cooperation. 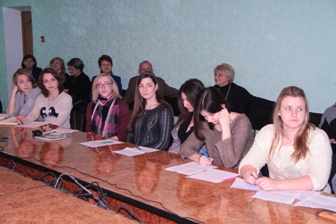 Lecture for students held Professor of the University of Maine Jean Francois Burde. He offered to students of 3rd-5th years of specialties "French Language and Literature", "Translation (French)" and "English Language and Literature" in the introduction with literary texts by French writer Jean Zhiono, analyze the situation in society in general and the era in which author lived and wrote his works. In addition, participants reviewed the lectures characteristics of an individual author's style of Jean Zhiono. 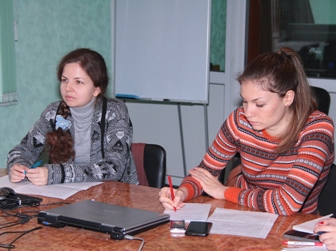 Students of Faculty of Foreign Languages actively participated in the discussion on the topic of lecture.
It should be noted that this form of work within a double master's degree diploma, training on specialty "French Language and Literature" is no longer new, as this video conference was already fifteen. It is through this form of work the students of the Faculty of Foreign Languages of our university have a unique opportunity to communicate with French teachers and students of the University of Maine.
In addition, the event was attended by a graduate of the University, assistant of the Department of Romance Philology and Translation Nataliya Proskurina, who received a scholarship of the French Embassy in Ukraine and is currently studying at the University of Maine at the level of "Master 2".