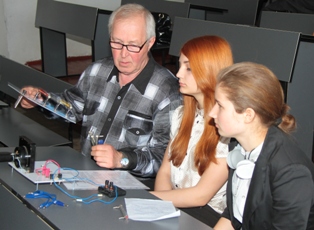 The aim of the competition is to develop creative scientific abilities of students, conduct career guidance with talented young people, popularization and 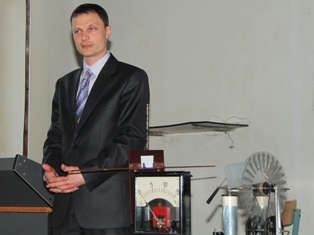 increasing knowledge of physics among students of educational institutions of Zaporizhzhya.
At the beginning of the event with a welcoming speech addressed methodologist of Information and Analytical Methodological Center of the Department of Education and Science, Youth and Sport Valentyna Kravtsova and Dean of the Faculty of Physics of ZNU Andrii Andrieiev. They thanked all those present for attending the event and noted that the experimental work that prepare students led by their school teachers, help to make lessons more vibrant and interesting for pupils. 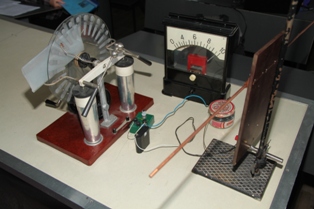 This year the competition was attended by 14 students of Zaporizhzhya educational institutions. Evaluate the work of young physicists were invited Zaporizhzhya teachers of physics.
Works distinguished by its scientific relevance and possibility of practical application. They generate interest as members of the jury and participants of the event. 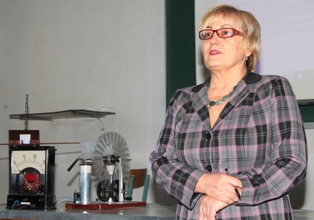 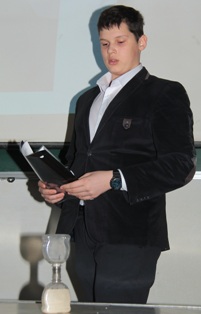