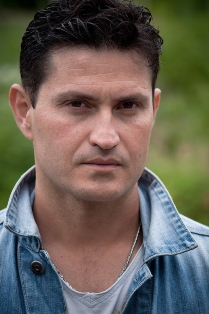 April 18 Zaporizhzhya National University visited the director and leading man of the first film in the history of the Crimean Tatar people "Haytarma" by Akhtem Seytablaev. The moderator of the event was the editor of the TC "Zaporizhzhya" Olga Vocalo. 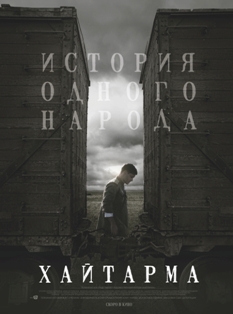 Opened today's event Rakhima Akhmerova. She thanked for the invitation and said that the history of every nation there are people who make a significant contribution to the development of our country. It was such a man, in her opinion, as Akhtem Seytablaev. She also stressed that the youth of our multi-ethnic region - the future of Ukraine, and that modern students will develop and celebrate our country, its cultural values ​​and traditions. 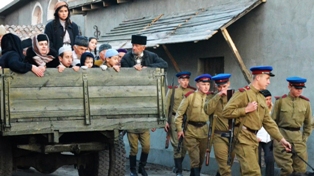 In turn, the director Akhtem Seytablaev thanked for the warm welcome and spoke about his visit to the island of Khortytsya, after which persuaded that between cultures of different nations can spend a lot of parallels. In addition, he spoke about the process and history of shooting the film "Haytarma" and answered questions from students.
Movie "Haytarma" tells the tragic date in the history of the Crimean Tatar people - May 18, 1944 - the beginning of the process of Stalin's deportation of the Crimean Tatars. The plot - the story twice Hero of the Soviet Union Amethan Sultan. In the film starring famous actors - Oleksii Horbunov, Yurii Tsurylo, Andrii Saminin, Oleksii 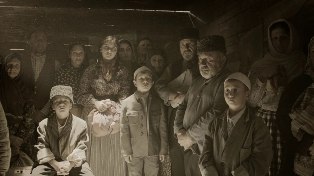 Trytenko, Dmytro Surzhykov, and more than a thousand of Crimeans - from children to the elderly - who survived this tragic event. In 2014, the film received an award film award "Nicka" (Russia) in the "Best picture of the CIS and Baltics".
Also, students interested in the method of selecting actors for the filming of the movie, the question about the future of Ukrainian cinema and its role in global film industry, and so on.
At the end of the event thanked the students Akhtem Seytablaev for interesting meeting and presented a commemorative gift - a book about the history of Zaporizhzhya.