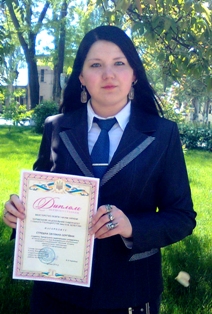 April 23 for four hours, about 60 students from leading national universities perform tests and solved problems. The next day there was a ceremony of awarding the best Ukrainian experts in ecology among students.
Representatives of our university have demonstrated a thorough knowledge and dignity 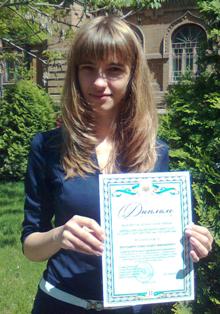 ZNU presented at the national level. As a result of the Olympiad Svitlana Streshna became the best in the category among fifth-year students. Oleksandr Voloshin was awarded the Diploma of II degree of the contest among fourth-year students.
According to the winners, they received very positive impression as to participate in the Olympiad, and from the trip.
«This achievement was a pleasant surprise for me, as we proposed tasks were quite difficult, – noted Oleksandra Voloshyna. – So I am very glad that I could test my knowledge and also meet interesting people in such a pleasant atmosphere. Also, I'm really impressed by Kharkiv: it is a beautiful city».
«This victory was proof of a high level of knowledge acquired during studies at Zaporizhzhya National University. Contest organizers took care to task were drawn so that their performance could not be prepared in a short time, even having used their best. In order to show good results, it was necessary to know the material well, ranging from topics that are studying in the first year. In addition, all participants of the Olympiad were strong opponents, the better it was to get a diploma of I degree», – shared with us her thoughts Svitlana Streshna.