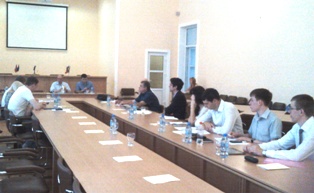 May 30 in Zaporizhzhya National University was held the All-Ukrainian scientific-practical conference "Contract regulation of property relations", which was organized by representatives of the Department of Civil Law of the Faculty of Law of ZNU. Discussion of "Static and dynamic property relations" was a key theme of the event.

The main goal of the conference, the organizers saw the popularization of information about the basic foundations of contractual regulation of social relations in Ukraine in contemporary transformation processes, the mechanism of its implementation in our country. They also aimed to attract the appropriate audience to discuss the most pressing issues that have arisen in recent years, in order to find optimal ways to address them from the formulation 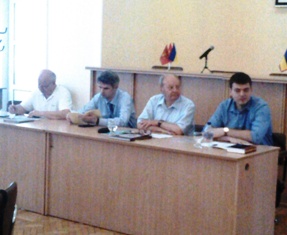 specific proposals for amendments to the current legislation and practice; promote the development of academic, business and personal contacts between scientists, graduate students and applicants of different universities and scientific institutions of Ukraine.
Participating in the meeting were representatives of higher educational institutions of Zaporizhzhya, Kyiv, Kharkiv, Poltava and Odessa.
The presidium of the conference included: First Vice-Rector of ZNU, Ph.D. in Law, associate professor, Head of the Department of Civil Law Oleksandr Bondar; LL.D., professor, Head of the Department of Business Law and Procedure of the National Aviation University, academician of the Academy of Higher Education of Ukraine, Honored Lawyer of Ukraine Roman Shyshka and LL.D., professor, academician of the National Academy of Sciences of Ukraine, Honored Scientist of Ukraine, Head of Private Law Issues Department of Scientific and Research Institute for Private Law and Business National Academy of Law Sciences of Ukraine named after academician F.G. Burchak Volodymyr Lutz. 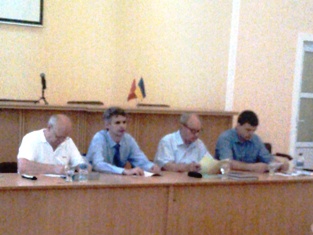 Secretary of the presidium performed Ph.D. in Law, associate professor of Civil Law Department of ZNU Maksym Tkalych.
Made their way to event and representatives of professor-teaching staff of the Department of Civil Law and the students the Faculty of Law.
Selected format of the conference allowed its participants to question the speakers in person after the presentation of their own work, as well as in writing, transferring sheets with questions directly to members of the presidium.
Before the plenary session of the conference for participants conducted an excursion of university campus and after work for them are expected excursion of historical and cultural complex "Zaporizhzhya Sich". All guests of scientific event received gifts with the logo of Zaporizhzhya National University.

In the framework of the cooperation agreement between ZNU and Association of women-lawyers of Ukraine «Law firm», students of the Faculty of Law participated in webinar
Student of ZNU Taras Malchenko became the bronze medalist of the international tournament in Olympic taekwondo
Representatives of ZNU took part in the International Conference on the quality of higher education
Associate professors of the Faculty of Philology took part in an international conference dedicated to the works of the famous artist Viktor Petrov
Representatives of ZNU took part in the Ukrainian-Germane conference dedicated to climate adaptation
© 2018 ЗНУ Запорізький національний університет, 69600,
м. Запоріжжя, вул. Жуковського, 66,
Відділ діловодства тел./факс +38 (061) 228-75-08
Приймальна комісія тел. (061) 228-75-38 та (061) 289-12-68
Офіційна пошта