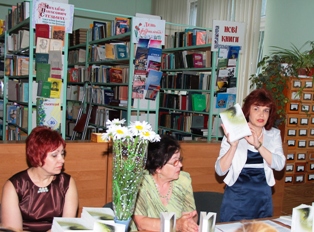 June 16 in the Scientific Library of Zaporizhzhya National University presented a new collection of poems of the famous poet, graduate of our university Maryna Bratsylo "Silk country". The event was a part of the competition of young Ukrainian poetry and art song "Khortitskiy Bells" named after the writer.

Poetic presentation visited Director of the Department of Culture, Tourism, Nationalities and Religion of Zaporizhzhya Regional State Administration Vladyslav Moroko, representatives of Zaporizhzhya branch of the National Union of Writers of Ukraine and other literary associations of the city, members of the jury and the organizing committee of the poetic contest, teachers and students of ZNU and many fans of the talented poet. 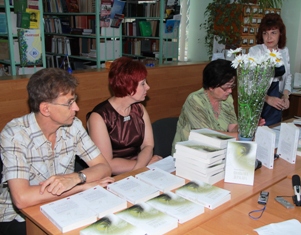 "Silk Country" - seven posthumously collection of poems of Maryna Bratsylo, which was released this month, 500 copies. It was released in the publishing house "Art Agency "Our format"" on charitable basis, and its publication timed to the anniversary of the tragic death of the poet June 17, 2013.
The collection includes mainly lyrical social and loving guidance, written in the last two years of Mayna's life. However, the book has a section "Memory Cossack Steppe" - a series of poems is very congruent with the events of today, but created earlier. In his poetry, full of love for his native land and its history, Maryna Bratsylo reflects on the historical past, present and future of Ukraine, seeking answers to painful questions and expressed the belief that her home country, as in "Silk country" in the same tale, waiting for the light to come, good fortune. 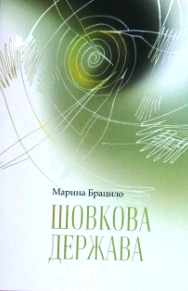 Director of the Department of Culture, Tourism, Nationalities and Religion of Zaporizhzhya Regional State Administration Vladyslav Moroko in his welcoming remarks, said that he - an ardent admirer of the works of Maryna Bratsylo. Vladyslav Moroko thanked the public figure and writing team of publishers assembly for their hard work as well - all the organizers of the All-Ukrainian contest of young Ukrainian poetry and art song "Khortitskiy Bells". 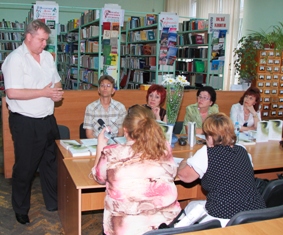 The mother of the poet Liudmyla Bratsylo in her speech said that the majority of poems dedicated to her daughter everyday people who are searching for themselves in this country: in her poems Maryna call upon to protect their families, Ukraine and the memory of its people. In later years the poet wrote a poem called "Pass into eternity", which was prophetic. In it the author refers to God who only knows our fate and the fate of Ukraine.
Today disordered and unprinted manuscripts are still a lot of prose and essays of Maryna Bratsylo. Additionally, prepares to release a music album, which will contain Zaporizhzhya singers songs for poems of Maryna.
In conclusion, Liudmyla Bratsylo donated books to libraries of Zaporizhzhya and public associations and organizations. Completed event with the performance of Zaporizhzhya singer, composer, artist and journalist Anatolii Serdiuk, who sang the song "The Heaven's Hundred" and "Khortytsya" and shared his memories of a great and extraordinary personality of a young poet who always worked for the benefit of her nation.

The virtual studio of painting Easter eggs was realized at the Philology Department
The student of philological faculty Oleksandr Smyrnov - the winner of the All-Ukrainian competition of student scientific works on the Ukrainian language and literature
The scientific library - for freshmen
The practice of philology students in Bulgaria continues keep going
Associate professors of the Faculty of Philology took part in an international conference dedicated to the works of the famous artist Viktor Petrov
© 2018 ЗНУ Запорізький національний університет, 69600,
м. Запоріжжя, вул. Жуковського, 66,
Відділ діловодства тел./факс +38 (061) 228-75-08
Приймальна комісія тел. (061) 228-75-38 та (061) 289-12-68
Офіційна пошта