In the ZNU will be held casting of "Zaporizhzhya, I love you" 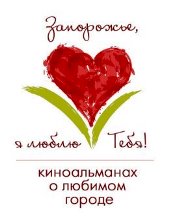 Next week at Zaporizhzhya National University will be held casting of actors for shooting short films "Zaporizhzhya, I love you". The selection will begin July 29 at 12 a.m. in the room 307 of the 3rd academic building of ZNU.

Casting will take place in cooperation of Zaporizhzhya National University with officials of the European cinema association «NISI MASA» in Ukraine, member of the International Federation of Film Societies «FICC», an international organization «Cinemahall». Under the cooperation agreement on the basis of auditions held of ZNU actors for filming the new movie, as well as various events related to cinema art.
ZNU students and teachers also have the opportunity to try themselves as an actor. Age category is not limited to, most importantly - have the charisma and talent. In addition, according to the organizers, «Cinemahall» now forms Zaporizhzhya basis of acting, so everyone has a chance to get on this list and in the future - to take part in the filming of various film projects.

The idea and producer of film "Zaporizhzhya, I love you" was organizer of the creative association "Terra Artyfika" Anna Talanova. According to her, film will complete Zaporizhzhya product because film crew consists almost entirely with exactly citizens of our city.
To film"Zaporizhzhya, I love you" enter 8-10 short films about love in its various forms and with reference for their native city. Filming will begin in August and be completed - in September. Presentation of film, dedicated to the celebration of the city, plan to spend in October.