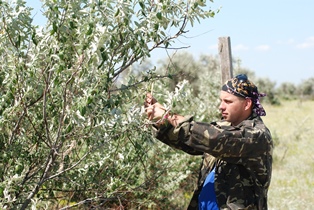 Summer students of the Faculty of Biology of ZNU have practice at the Azov-Syvash National Natural Park in the Office of Presidential Affairs of Ukraine, located on the Biryuchiy island. Young people under the leadership of Professor, Head of the Department of Game Management and Ichthyology of ZNU, scientific supervisor of the park, Ph.D. in Biology Valerii Domnich gaining skills in Biryuchiy island for 25 years.

Most impressed the young researchers the field practice. But the main layers of practice were research phytomass island ungulates (red deer, European fallow deer and moufflon), and more - predators. It is fox, raccoon dog and jackal. In addition, they studied fish population. 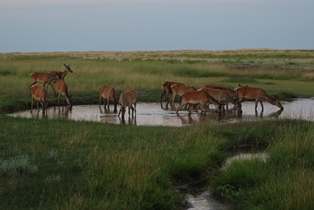 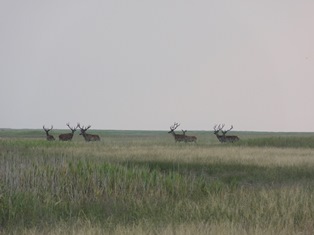 Although impressed by the practice of the students were very bright, some conclusions of their research showed negative trends. Compared to previous years parasitology invasion of the fish increased, indicating that the environmental problems that need urgent attention.

The official contract after internship students (there were 35) have traditionally provided a report on almost fifty pages. It will join the official Chronicles of Natural National Park of Island.

Photo - from the archives of the Department of Game Management and Ichthyology of ZNU and professor, Ph.D. in Biology Valerii Domnich.