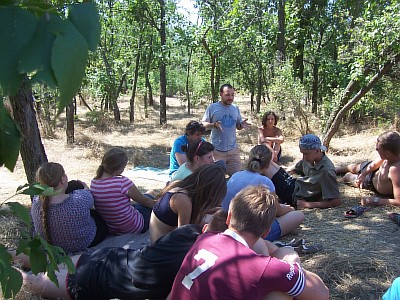 This week ended archaeological practice of students of junior and senior years of the Faculty of History, which lasted from July 1 to August 11. For 27 consecutive year, future historians led by Head of Teaching and Research Laboratory of Archaeological Research, associate professor Hennadii Toschev and associate professor of World History and International Relations Department Svitlana Andrukhiv conduct excavations in the territory of the reserve mound Mamai mountain, near the village of Velyka Znamianka of Kamenka-Dneprovsk District almost bordering to Kherson region. 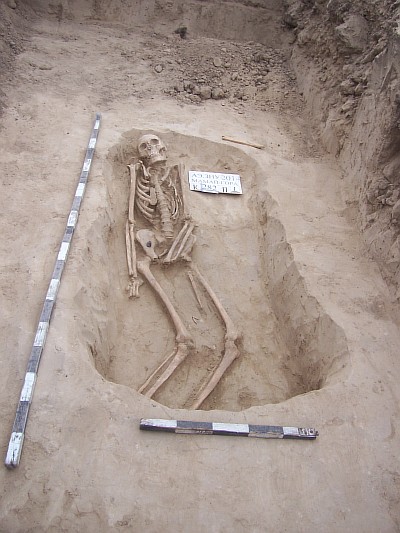 The second session in archaeological practice was attended by over 40 people, including not only freshmen, but students of 2nd-5th years, and graduates of the Faculty of History, who provided all possible assistance in organizing the expedition. The participants argued that the second session was quite difficult due to adverse weather conditions: high temperature, fire hazard, and finally - rain.

Archaelogical complex Mamai Mountain - is one of the largest cemeteries in southern Ukraine. There are both ground and burial mounds. The earliest of them made in the Neolithic period (15000 BC), and the latest - in the Middle Ages (12-14 century AD). Today has investigated more than 360 graves, most of which are buried Scythians (4th century BC.). Also in this unique necropolis some 300 mounds (most of them are just on Mamai grave). They filled up mostly of Scythian burial. In most of the excavations conducted today, there are interesting artifacts.

According to Hennadii Toschev after complete processing artifacts specialists will prepare a report that will give the Institute of Archaeology of the National Academy of Sciences of Ukraine. Included in this report will be added acts on objects and finds transferred to state institutions - namely, to Zaporizhzhya museum. Based on the materials will write scientific articles and reports, delivering books. Today in History Mountain Mamai has been published more than 4 books. Among them ZNU teachers work: "The burial Mamai Mountain" authors S.I. Andrukh and H.M. Toschev and "Medieval burial Mamai-marmot" by M.V. Yelnykov.