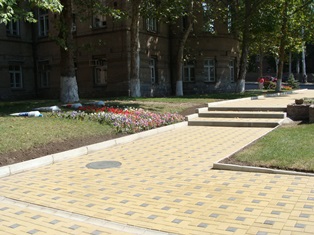 In Zaporizhzhya National University attaches great importance to the creation of favorable conditions for education and work. Due to the constant care and university management staff of administrative and economic over the past few years the appearance of campus of ZNU undergone significant changes: well maintained buildings, new pavement, colorful flower beds - all this contributes to a positive image of the university as an institution of higher education European level. 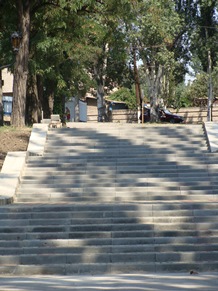 Before the holiday season workers permanent repair completed at the student sports camp "Slavutich" (Kyrylivka) and biological station, health center in Khortytsia. So students and staff had the opportunity during the summer in a comfortable environment healthier in these places of rest.

At the time remains the question on Energy Efficiency of ZNU, started a few years ago. This process is ongoing: there was a roof repair in the 6th academic buildings and 2nd hostel. They also installed 32 windows (and more - 17 doors and two partitions), in the corridors of the 2nd academic building is planned to replace the old lighting system to system with motion sensors that allow three energy saving. University summer already actively preparing for the new heating season: washed heating and checked all the counters, replaced 100 radiators, which in winter is not enough heat audiences of the 2nd and 6th academic buildings. 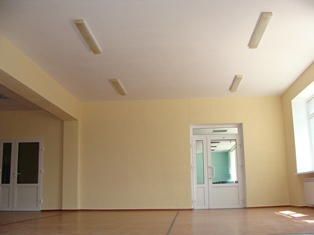 Also continued internal repairs in the 2nd, 5th and 6th academic buildings. In particular, repair of flooring in the corridors. Updated many areas of classroom fund. In sports complex repaired gaming and gym halls are also in the basement of the 3rd academic building. But the most important internal work was overhaul the entire third floor of the 2nd academic building.

By the way, with the beginning of autumn has planned a number of projects that would not interfere with the educational process. In particular classroom renovation fund.

So, not only with new forces - after the holidays and new experiences - but traditionally are in modernized classrooms and comfort of academic year will begin in Zaporizhzhya National University.