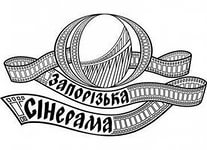 In our city before the Movie's Day started XVI Ukrainian national cinema festival "Zaporizhzhya synerama". This year's festival will include V (Jubilee) contest for young film, in which wished to participate about 60 young filmmakers from different cities of Ukraine. Evaluate the films of young directors will be known Ukrainian filmmakers, artists, theater personalities and assistant professors of Acting Department of Zaporizhzhya National University, Honoured Artist of Ukraine Viktor Honcharov and Honored Artist of Ukraine Hennadii Fortus.

The festival is traditionally held in the Dovzhenko Concert Hall. Its organizers are Zaporizhzhya City Council, Department of Culture and Arts of Zaporizhzhya City Council, Dovzhenko Concert Hall.
The aim of the festival - pay attention to producers and other workers at the work of cinema young filmmakers, promoting the exchange of experiences, receive useful tips from a professional jury in the field of film production and the revival of Ukrainian cinema, the expansion of international creative contacts, promotion of Zaporizhzhya region as a tourist area.
Feast of young film will September 6-7. During these two days in the Dovzhenko cinema hall at 10:00 am will be hold review of competition films by young directors of Zaporizhzhya, Ukraine and guests of the festival.
September 8 at 6:00 pm will be hold a solemn closing of the festival and film festival "Art in Cinema viable wisdom sprouted love!".
September 9 – last day of the festival, which will take place during the film festival "Ukraine - our creation" press conference (at 4:00 pm) creative meeting with the authors of the film "So beautiful people" and prerelease of this film (at 6:00 pm).

Photos from the site – http://www.dovzhenko.zp.ua/cinerama/