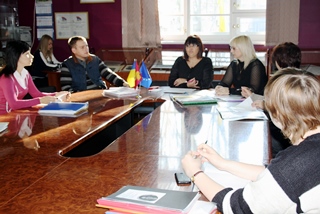 November 5 in Zaporizhzhya National University held a meeting of the commission to determine the winners of the university round of the contest "Student of the Year 2014". It is composed of representatives of the administration of our university, its Departments and student government. 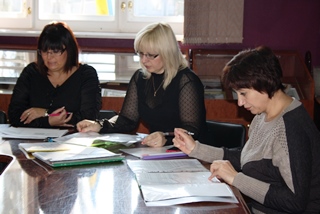 In addition, at the end of the event, its participants expressed some important suggestions. In particular, they talked about making some changes to the Regulations of the contest.
But the main innovation in the opinion of the committee members should be a radical change of the format of the competition later this academic year. During the gala concert talents' contest to all present at the event will be informed about where they can find information about new terms of the contest, and - specially created an e-mail addresses in social groups. There, all visitors will be able to join the contest, post their profiles, scanned letters and acknowledgments, photos from events in which they participated. Visitors of these groups will be able to cast their ballots for candidates they like.
According to members of the tender commission, this should make the race course more transparent, allow most candidates and, in general, all students advance to track rankings of nominees and will attract more attention to the contest.