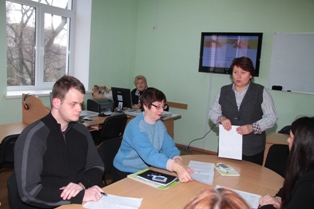 During last October's meeting of the Academic Council of ZNU one of the agenda items considered "The Centre of Gender Education in the 2015-2016 Academic Year: State, Problems and Prospects". According to the plan of the All-Ukrainian network of gender education, the information presented the audience Head of Gender Education Centre of ZNU, Associate Professor of the Department of Pedagogics and Psychology of Education Tetiana Golovanova.

Gender Education Centre was established in ZNU half years ago at the Faculty of Social Pedagogics and Psychology(http://web.znu.edu.ua/gender.edu/ ). In general, were interviewed 333 people, including 184 full-time students of 13 faculties and 149 teachers of ZNU and administrative staff university. The results showed that the issue of equal opportunities for men and women define as important 44% public of ZNU. This significant contribution to a relatively high female doing it, because for them the level of importance of the issue up to 55%, while only one in five man has 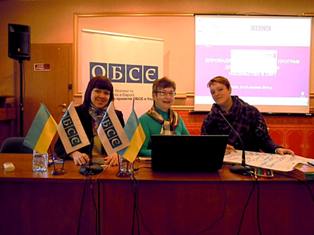 a similar opinion. Moreover 32 departments (from 54 existing of ZNU) individual forms filled with questions concerned quantitative indicators representation / involvement of men and women on different types of work and different statuses.
It should be noted that gender sensitivity is now seen as a necessary component of professional competence of teachers and staff as the ability to help create the environment in educational establishments free of discrimination and stereotypes as the ability to accurately identify and prevent such incidents and to teach young student.
We see prospects of continuing to participate in the All-Ukrainian Network of gender education centers of universities plan to improve the mechanisms and channels of information exchange between interested stakeholders formation of gender culture - between CGE and ZNU structural units, trade unions of universities, state and public organizations of our town - towards further development of gender-sensitive practices and gender balance university educational environment. Another important perspective is the creation of courses (optional) at Master's level of preparation for social workers and educators, psychologists - for collectible work with people who commit family violence.

Tetiana Golovanova,
Associate Professor of the Department of Pedagogics and Psychology of Education,
Head of Gender Education Centre of ZNU