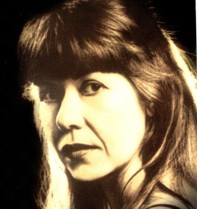 Such an action is aimed at revival of author’s music genre in our region, Olena Alekseyeva, Head of Organizational Committee and festival presenter, leader of Author’s Song Studio of ZNU Students Club of Culture, said. Formerly, All-Ukrainian Student Festival of Author’s Song, which was ZNU’s “visiting card”, was many times hosted by our university.

The tradition was renewed after 10-year pause. Talented young authors and singers together with masters of the genre took part in 1st Festival-Contest of Author’s Song. 10 best artists qualified for final after the preliminary stage on December 12. None of them was left without a prize as there were 10 nominations, the winners of which were chosen by jury.

16 years-old artist Yuliya Lunychenko from ZNU Author’s Song Studio was rewarded with diploma “For Successful Debut, Lyricism, Romanticism and Sincerity”. Moreover, the Jury honored her father for the music written to the daughter’s song “Confession”.  ZNU graduate Inna Levit got the distinction “For Humor and Self-Irony”, and Maksym Chayka, second-year student of ZNU Faculty of Management – “For Philosophic Approach, Implacability in the Struggle against Evil and Melodiousness”. Incidentally, it was Maksym who won special Audience’s Favorite  prize. His song “For Your Sake” has brought much musical enjoyment as well as good spirits to the listeners. Kateryna Gopenko, ZNU Faculty of Journalism second-year student, the participant of “Chervona Ruta 2005” festival (as a member of “Avalon” duo), was acknowledged “For Bold Poetic Findings and Serious Attitude”. ZNU Faculty of Economics 4th year student Ganna Bilen’ka, another festival participant, was rewarded “For Performing Skills, Positive Attitude to Life and Optimism”. She was assisted by ZNTU student Kyrylo Boychenko, who won the prize for “For Incomparable Accompaniment”.

The contest was also remarkable for family art. The married couple Kyryyenko – Daryna and Sergiy – received the diploma “For Promising Family Art Tandem” and ovation from the audience. “The Kyryyenkos are the best!” – numerous supporters were scanning. Second-year student of Ganna Logvynenko was awarded “For Character Strength, Perseverance and Maidenly Beuty”, while ZNTU second-year student Oleksiy Yakymov – “For Energy and Magnificence”. Another duo – last-year students of SPP Faculty Yuriy Dronenko and Victor Latyshev – won the prize “For Ingenuousness, Lyricism and Sincerity of Performance”. Last but not the least, third-year student Vitaliy Shevchuk was awarded “For Modesty, Love of Inscrutability and Lyricism”.

The audience were lucky enough to see the performance of both young and experienced singers – almost all the members of the Jury: Ganna Kyyashchuk, Zhan Seleznyov, Olena Ponomarenko, Ganna Gayduk, Andriy Besitov, trio from Author’s Song Theatre, as well as of the guest from Tokmak – poetess, author and singer Tetyana Bas’ko. Together with festival participants they sang famous song “Milaya Moya, Solnyshko Lyesnoe…” by Yuriy Vizbor.