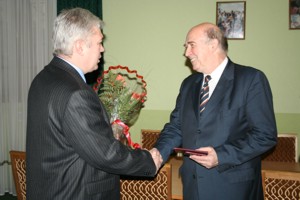 Dr. Wolfgang Schmal is delivering lectures to the students of ’s Faculty of Economics and Faculty of Management at present. They cover such topics as logistics, organization of work at small-scale business enterprises etc.