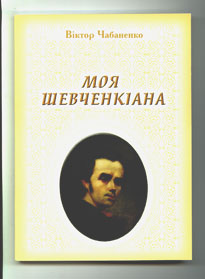 Leonid KADENYUK, space-pilot, People’s Deputy of Ukraine and Hero of Ukraine was invited for the meeting of ZNU Political Science Club on February 13. The topic for discussion was “Space technologies as an element of globalization”.

Despite the fact that the meeting was held in the evening, a lot of people wanted to see the famous person. The conversations turned out to be interesting enough. Leonid Kadenyuk, who works in the Parliament in the Volodymyr Lytvyn’s block “People’s Party of ”, didn’t content himself with his political views only. He explained that as there are not so many astronauts, each of them is “fated to become a politician”. But our country is too politicized in comparison with other countries, e.g. the , he said. Leonid Kadenyuk has many times been abroad. He has been in space too (the first astronaut of independent ). The guest was ready to share his opinions.

He told about long process of astronaut selection for the flight he took part in: first, 9 were selected from 254 candidates, later they had to prove their ability to withstand heavy loads and to operate techniques. One of the candidates even died in the process of training.

Leonid Kadenyuk described his feelings at the moment, when spaceship starts. It is one of the most important moments of the whole flight, because ore than 2000 tons of weight have to be taken off. State of weightlessness is the evidence that everything goes well. But that’s another stress. It is impossible to model it exactly on Earth, that’s why even well-trained astronauts have a hard time: some of them feel headache, or vomit. The worst problem is unusual rush of blood to the head, but everyone adopts soon.

Different researches were to be made in space, namely – experiments with plants. Interestingly, plants in the state of weightlessness can give more biomass. 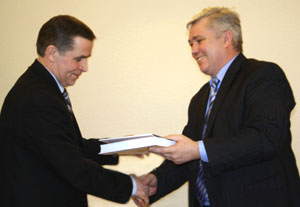 It’s a difficult thing to come back to Earth. First of all, the pilot has to turn the spaceship around to reduce its speed. The process of falling through the atmosphere is very important and thrilling itself: the spaceship and its crew are protected from burning by special shel only if it is not damaged.

Leonid Kadenyuk confessed that being on orbit has influenced much his world view. When one himself sees how small the planet is, what a thin air covering it has, he changes his attitude to the Nature, willing to protect every blade.

At the end of the meeting, Leonid Kadenyuk presented our rector with a photograph album, the students – with calendars, and received himself in return  “Zaporizhzhya Cossacks Encyclopedia”.