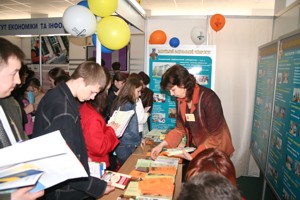 VII inter-regional specialized exhibition of educational establishments and programs “Entrant-2006” is held on April 6-9 in the exposition hall of Zaporizhzhya Chamber of Commerce and Industry (ZCCI). Zaporizhzhya National University is among the participants.

The exhibition is aimed and providing future students with information about the conditions of studying, improving the quality of educational services and developing marketing activities of higher-education institutions. More than 30 educational establishments of all levels of accreditation from Zaporizhzhya, Berdyans’k, Melitopol’ and Dnipropetrovs’k, as well as employment centers, linguistic centers and education agencies are represented at the event. Detailed information about can be found at ZNU stand. Aside from printed materials, information can be received from university deans and lecturers, who are ready to tell personally about the conditions of entrance and studying. Namely, Dean of the Faculty of Preparatory Studies Iryna BAKALENKO is taking active part in representative work.

Within this initiative, awarding the winners of “Ukraine On The Way To World Economic System” contest was conducted on April 6. ZNU – one of the co-organizers – was represented by Vice-Rector on Research Work Viktor GRYSHCHAK. About 70 pupils presented their researches this year. Pupil of Zaporizhzhya school #31 Yuliya Vynnychenko’s work was decided to be the best. The leader was rewarded with a prize by Volodymyr Shamilov, President of ZCCI. Runner-up Yegor Mykhaylenko (Zaporizhzhya Lyceum of Economics and Information Technologies) received his prize from ZNTU Rector Sergiy Byelikov, third-placed Viktoriya Shapovalova (school #28) – from UH “ZISMG” Rector Viktor Ogarenko and Iva Pavlenko (school #107), who took 4th place – from ZNU Vice-Rector Viktor Gryshchak. All the participants cordially thanked contest organizers for important experience they had gained. 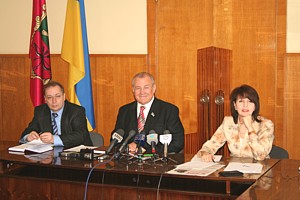 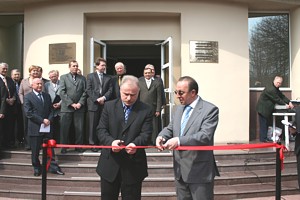 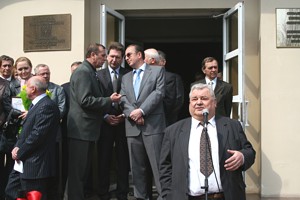 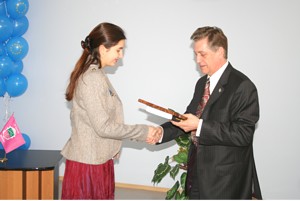 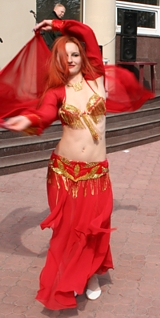