Official Report On The Trip To Chornobyl’ Zone 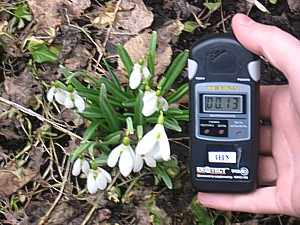 On April 13 in lecture hall 50 of ZNU building I students of the Faculty of Journalism presented the official report on their trip to Pryp’yat’ and Chornobyl’, dated to 20th anniversary of ChAPP tragedy.

The project was initiated and led by Viktor Kostyuk, Head of the Chair of Journalistic Work. In his speech he shared his own recollections of what had happened 20 years ago: the way the catastrophe was treated, the heroism journalists were showing and the censorship they had to face.

The first part of the project included studying archive documents on Chornobyl’ journalism and communication with journalists who were covering the catastrophe then.

Trip to Chornobyl’ zone was the culmination stage of the project. 12 members of the research group – Ganna Ostroglyad, Olya Koshkalda, Katya Gopenko, Ela Bondarchuk, Olya Klyuyeva, Katya Strynadko, Vita Vinnychenko, Katya Kudina, Grysha Ushakov, Sofiya Boguts’ka, Olena Chichenina and Yura Kostyuk – could visit ecological tragedy zone and see the place with their own eyes. The students confessed they would never forget their impressions of the abandoned town Pryp’yat’ and the facts they had learnt from the eye-witnesses of the catastrophe. The report was illustrated with numerous photos. In the end, the video-film about the trip was shown and the plans to write a book on Chornobyl’ journalism were announced.