Photo-Contest “University As We See It” Awards 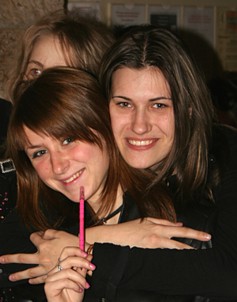 On April 14 the results of “University As We See It” photo-contest were announced.

There were several nominations, and the jury, headed by Volodymyr Misnikov, member of Photographers Guild of , had to choose three winners in each of them. As a result, Yevgeniya Merezhyns’ka, El’chyn Aliyev and Iryna Bystrota won in “What I Love The University For” nomination, Mariya Kozlovs’ka, Andriy Gorbenko and Oleksandra Proskuryna are the authors of best portraits, Anatoliy Tkachenko, Yana Koval’ and Oleksandra Znamens’ka won in “From Session To Session” nomination. Yevgen Shcherban’ was decided to be the most original author.

All the winners received money prizes from the university, and its rector, Professor Sergiy Tymchenko expressed his hope that the contest will become traditional in ZNU.