In ZNU were announced results of students’ scientific olympiads and contests 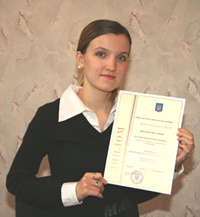 Today, on January, 29 at a session of rectorate awarding of winners of All-Ukrainian students’ olympiad and All-Ukrainian contest of students’ scientific works was held. 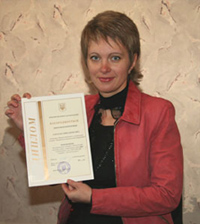 With diplomas signed by the Minister of education and science of Ukraine Stanislav Nikolaenko Rector of ZNU, professor Sergij Timchenko awarded five students and one scientific head: winner of All-Ukrainian students’ olympiad in «Spanish Language» Valeriya Maslova, winner of that very olympiad in «Economic Cybernetics» Ganna Bilenka, winner of the Olympiad in «Journalism» Katerina Valigula. And finally the stimulating diploma was handed to a winner in «Russian Language and Literature» Galina Rudenko. 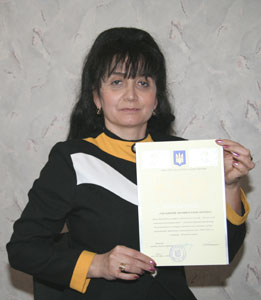 A winner of the Contest of students’ scientific works in natural technological and human sciences for 2005-2006 educative years in «Biological Sciences», now an aspirant of ZNU Irina Labens’ka was also awarded with a diploma of the winner. Ministry of education of Ukraine also awarded her scientific head – the dean of the Biological Faculty, Doctor of pharmaceutical sciences, professor Liudmila Omelianchik.