Today under realization in Zaporizhzhya National University and the first regional forum "Science. Authority. Business "held a round table meeting "Development of science and innovation activities in higher educational institutions." It took part in the management and scientists of Zaporizhzhya higher educational institutions, members of the City Council, business leaders and organizations. The main purpose of this event was to discuss cooperation between them problems that arise during establishing communication and directions of scientific innovation.

The moderator of the meeting was Head Scientific Research Department of ZNU Viktoriia Meniailo, who made a presentation on the topic "The development of science and innovation activities in higher educational institutions as one of the main tasks of higher education".
The meeting was opened by Vice-Rector for Science and Research Hennadii Vasylchuk. He argued all of Zaporizhzhya higher educational institutions to support each other, because only through joint efforts scientists can solve most existing problems at universities. Talking about 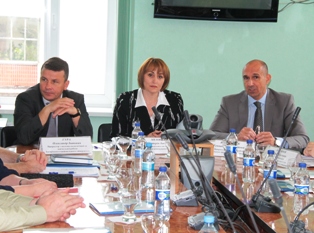 university financing, Hennadii Mykolaiovych gave foreign statistics.
The opinion that the main during preparation specialists iat universities must be the practical aspect, expressed Vice-Rector for Educational Research and Academic Affairs of ZNU Oleksandr Hura. Focused attention on importance of supporting ideas of students Associate Professor of the Department of Tourismу Larysa Bezkorovaina. 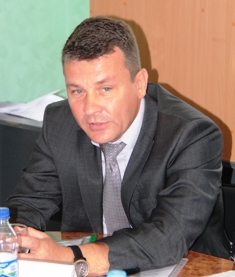 About the projects of scientists which are working with ZNU at the beginning of this year, briefed Associate Professor of General and Applied Ecology and Zoology Valerii Horban.
The importance of public participation in the initiation and development of important projects for the society noted Deputy Chairman of the Foundation "Fund of good things» Volodymyr Hlazunov.
Members of the City Council Ihor Chumachenko (Chairman of Committee on municipal property, resources, privatization, architecture and land relations) and Andrii Sohorin (chairman of the Committee on parliamentary activity, regulation, law and order and prevent corruption) argued teachers, students and graduate students to take active part in public discussions of various projects and documents and make proposals according to their specialty. 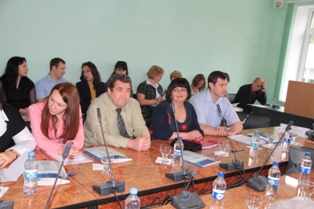 About orientation of all staff of the National Reserve "Khortytsya" in the search and implementation of investment projects told director Maksym Ostapenko.
Head of Postgraduate and Doctorate of ZNU Yurii Kahanov focused on challenging issues in obtaining academic degrees and academic titles.
Reminded everyone present on the database of vacancies that opened in Zaporizhzhya enterprises, and urged all to search information Head of Pre-university training, career guidance and job placement Yuliia Paskevska.
The main problems of high school named Vice-Rector for scientific work and international activities of Zaporizhzhya Regional Institute of Postgraduate Education Tetiana Hura. The opinion of the orientation of the international organizations about 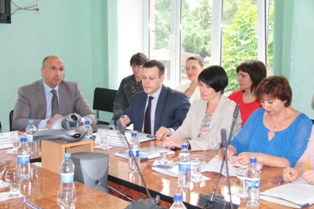 obtaining financing projects supported Vice-Rector of Scientific work of Classic Private University Anton Monaienko.
On gender issues focused attention Tetiana Holovanova, Head of the Center of Gender Education of ZNU. She spoke about the the projects that successfully implemented on the basis of the center and reminded about the importance of balance between professional and family roles personality.
Employers Vitalii Ivakhov (company "100% Interior"), Tetiana Reshetniak (LLC (Limited liability company) "Fozzy-group"), Liudmyla Vasyleha (Zaporozhye Titaniumand Magnesium Combine) and Alla Semeniuk (JSC (Joint Stock Compny) "Carlsberg Ukraine'), яwho joined the discussion after the workshops for the students, said that the youth in Zaporizhzhya National University is positive, interested and very active.
Summing up the results of the round table, Vice-Rector for Educational Research and Academic Affairs Oleksandr Hura said that soon the students themselves will choose subjects and this poses new requirements to the teachers.