The major Ukrainian universities congratulated the Faculty of Law 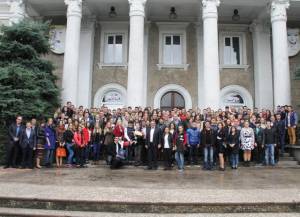 October 5, teachers and students of the Faculty of Law of Zaporizhzhya National University and its graduates gathered together to celebrate an important date: the quarter-century from the beginning of its educational activities. Also, the event was visited by special guests from the University administration, and ZNU friends: the leadership of the region and city, courts and law enforcement agencies, and public organizations. In addition, faculty received congratulations from more than 50 partners, well-known Ukrainian and foreign higher educational establishments which prepare future lawyers.

Moreover, the Dean of the Faculty of Law, Professor Tetyana Kolomoyets', asserted that 25 years was a great date which proved that the faculty had traditions, important achievements and victories. Besides, the Dean emphasized that the Faculty of Law took the 8th place in the ranking of Ukrainian higher educational establishments which prepared future lawyers. In her opinion, thanks to the efforts of the team, in the future, the faculty would become the best in Ukraine. 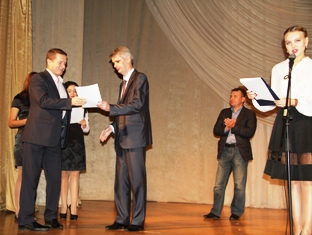 The first ZNU Pro-rector, graduate of the Faculty of Law, Professor Oleksandr Bondar , and the Pro-Rector for Academic Affairs and Research Oleksandr Hura congratulated the staff members on behalf of the university administration, stressing that his main achievement is the training of highly qualified specialists, true patriots of their region. The Faculty of Law was called the “pearl among other departments of the University” and they wished new achievements and victories.
The guest of honour, the Deputy Chief of Staff of Zaporizhzhya region Eduard Gugnin noted the significant success of the faculty in the education of the higher reaches of the legal profession. He handed the Dean, Professor Tetyana Kolomoyets' the Order of Princess Olga of the II degree. 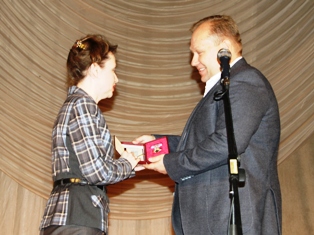 Furthermore, congratulation from the Canadian colleagues represented by Robert Bauman, the participant of the Ukrainian-Canadian judicial reform support project, turned up a surprise for the guests of the event.
In addition, during the celebration there were presented the video greetings from students that were undertaking an internship in foreign universities in Germany, Poland and Canada, and from graduates that were working abroad.