Lawyers of ZNU participate in the international conference 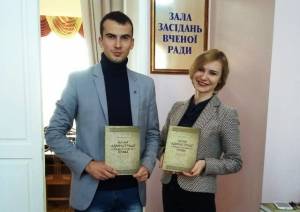 The head of the Department of Administrative and Commercial Law of the ZNU Faculty of Law, Professor Valeriy Kolpakov and the student of the 3rd year of the Faculty of Law Oleg Pelypenko returned from the international research and practice conference “History of national and European administrative law and process” (October 6, Kyiv). That scientific event, which was attended by the representatives of the branch of international law, was held in such format for the first time at the Taras Shevchenko National University of Kyiv.

The conference was organized by the Department of Administrative Law of the KNU together with the Council of young scientists, the Center of Polish law of the Faculty of Law, the Center for political and legal reforms and the Association of specialists in administrative law. During the conference a memorable event in the legal world took place, the presentation of the reprint edition of the book of the former rector of the University and experienced scientist Yuriy Paneyko “Science of administration and administrative law”. This work is of great importance for the study of historical material relating to the establishment of the national administrative law system, and it is interesting and informative for lawyers, historians, scientists, etc. 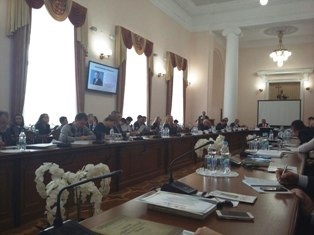 At the conference national and foreign specialists of administrative law and process, public leaders, graduates and students presented their reports and participated in scientific discussions.
Furthermore, during the opening of the international conference the Dean of the KNU Faculty of Law, the Honored Lawyer of Ukraine Ivan Hrytsenko addressed the audience with greetings on the eve of Lawyers’ Day. 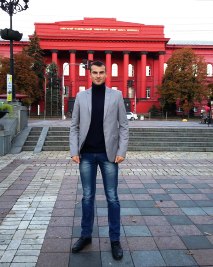 Zaporizhzhya lawyers offered their own models of the administrative law development based on historical experience of predecessors. Professor of ZNU Valeriy Kolpakov presented a study on the topic “Yuriy Paneyko: paradigm for today”. It is difficult to overestimate the importance of the personality of Yuriy Paneyko, and his practical activities in the administrative law as well as in the formation of the theoretical foundation in this branch of law. Some points concerning the basic foundations of the administration theory and still relevant, therefore, it should be implemented into a modern paradigm of administrative law and process.
Oleg Pelypenko carried out investigation on the topic “Formation of the state structure and bureaucracy of Germany in the period of cameralism” (research supervisor: Professor Tetyana Kolomoyets'). Young scientist’s material received recommendations regarding publication in the scientific conference proceedings.
It should be stressed that Oleg is the constant participant of this kind of scientific meetings and international forums of lawyers, where he honorably represents our University. As for his investigation, the young lawyer considers that the reason of the rapid development and success of modern Germany in all branches of economic management consists in the historic reform concerning the legal system. It has opened the way for the development of industry management and the rapid growth of the economy. The researcher offers to apply the historical experience of the developed European countries in Ukraine.
In addition to the positive impressions from communication with well-known lawyers, scientists of the national law, as well as with foreign colleagues, exchange of experience and so on, scientists of ZNU received a positive feedback regarding their academic potential and investigation holdings of the Faculty of Law of ZNU.