For the first time Startup Battle was held at ZNU 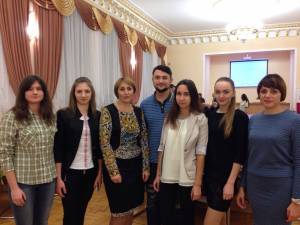 November 10, for the first time on the basis of ZNU was held the 63rd Startup Battle. It was organized by Investment platform Startup.Network, International education program EUROSTUDENT ™ and Networking School of Solomiya Boyko, with the support of the Scientific society of students, postgraduates, doctoral students and young scientists of Zaporizhzhya National University. Such events are traditionally held twice a year and must determine the most successful business projects for implementation and investment in various countries.

Nine regional teams took part in the Startup Battle and presented their investment projects to the expert committee. Among the participants were both experienced businessmen and beginners, including students. A new energy project, sweet shop, coffee house, music club, etc were presented this time. There were also the business plans of two teams of the 3rd year students of the ZNU Faculty of Economics, who are the business idea providers and the residents of "BI – Zaporizhzhya", which is based at ZNU: Kateryna Zyamko and Iryna Tonkykh worked out a business project on 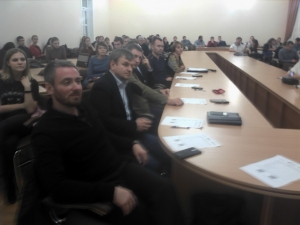 "Poultry operation for sale" and Marharyta Kardashevska developed a business project "Bee Garden". During the last meeting these investment ideas received appreciation of a specialized committee headed by the Director of the business incubator "BI-Zaporizhzhya" Oleksandr Cherep.
The main goal of the Startup Battle participants, of course, was to receive recognition of the prospects of their plan and to find support of potential investors, and the organizers’ purpose was a selection of investment-attractive projects which would represent the regions during the main Startup Battle in Ukraine. It should be noted that the winner, who will represent Ukraine at the international level, may get from 10 to 500 thousand dollars for implementation of his business idea. 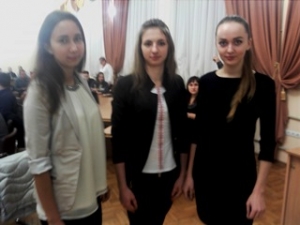 The winners will be two of the presented projects. One of them has been already defined by the expert committee, it is a project of the student of ZNU Marharyta Kardashevska "Bee Garden". And the second one will be selected by results of online vote on the website Startup.Network. http://btl.startup.network. Both winners will represent Zaporizhzhya Oblast in the All-Ukrainian Startup Battle.
All participants were also able to hear a competent expert evaluations and suggestions for improving their projects. The scientific and research structures of the University plan to implement similar ideas for the creation and competitive selection of investment business projects at all faculties.