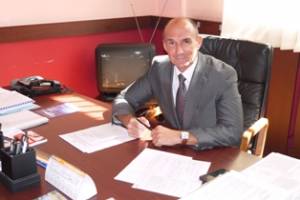 According to Hennadiy Vasylchuk, the program was pretty intense. During the meeting with Estonian colleagues, the delegates discussed issues concerning the implementation of the joint project of Narva College and Zaporizhzhya National University on the characteristic features of multilingual learning. The Ukrainian delegation also found out more about the Estonian educational system, ethno-cultural specific concepts of the Republic of Estonia, the guests visited the Estonian secondary and higher educational institutions, etc.

Commenting on the visit of the delegation of ZNU to the Estonian higher educational institution, Hennadiy Vasylchuk pointed out that the cooperation with the European University opened in front of Zaporizhzhya National University new horizons for development in the international academic sphere. "During the meeting, both sides agreed to carry out a number of joint mutually beneficial projects, including the organization of the international workshop on the implementation of the methodology of simultaneous teaching subject and language (CLIL), which will be attended by Estonian colleagues on the basis of ZNU – for teaching staff of Zaporizhzhya oblast (May 2017). Besides, there was discussed and agreed a plan for the extension of international cooperation between the two universities and the academic mobility promotion of teachers and students in the framework of the EU project "Erasmus+" and so on," he stressed.