Public discussion of the Project of Honour Code held at ZNU 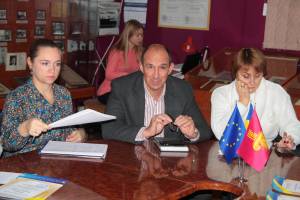 Under the chairmanship of the Vice-Rector for Research, Professor Hennadiy Vasylchuk a working meeting was held with the coordinators of the ZNU Honour Code implementation and the Deputy Deans of the faculties. During the meeting, there was the presentation and discussion of the stages of this Project implementation at University, and they also talked about the necessity of informing the student community and making changes to this document.

The meeting coordinator Hennadiy Vasylchuk stressed that all foreign and leading Ukrainian universities have such Honour Codes, in particular Yaroslav the Wise National Law Academy, NTUU "Igor Sikorsky Kyiv Polytechnic Institute" and others. The formation procedure of the Honour 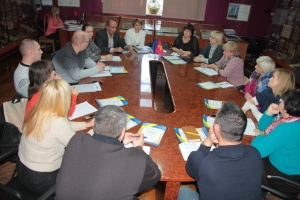 Code of the higher education institutions is planned to consolidate at the legislative level, but it doesn’t mean that the document will act as another administrative instruction. After all, there are a number of documents regulating the work of higher education institutions: the Law of Ukraine «On Higher Education», various kinds of Statutes and Regulations, etc. Consequently, the Honour Code of ZNU acts primarily as an internal document aimed at the formulation of principles of academic ethics and tactful relationship in the academic staff: the relationship teacher-student, teacher-teacher must be based on moral and humanitarian principles, the creation of notions of «honout», «integrity», uncompromising attitude towards plagiarism, as well as a sense of responsibility for the use of the office for the purpose of receiving improper benefits, etc.
The representatives of all faculties were given a working draft of «ZNU Honour Code» – in order to inform its content to the students and to discuss possible changes to the document. The stage of discussion and making amendments and comments to the Code is postponed to December 1. It's not just another administrative document regulating the work of the university, it should be 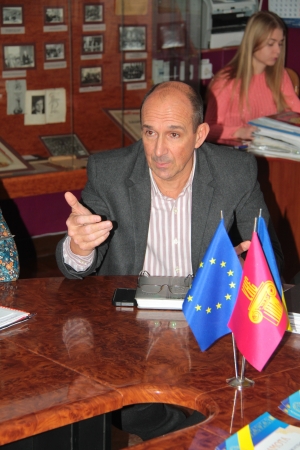 created on democratic principles and serve the formation of corporate culture of the University community on the basis of academic integrity, if we wish to see ZNU as a leading regional academic institution.
Both students and teachers can send their suggestions and comments to mail chesnoZNU@gmail.com