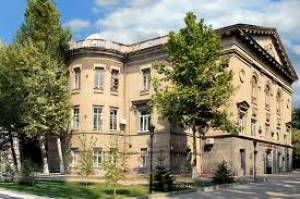 Webometrics Ranking of World's Universities published the university ranking, including Ukrainian ones, in terms of their online presence, as of January 2017. This global ranking includes 20 thousand universities and educational institutions from around the world. 342 educational institutions of Ukraine held their web-positions in this ranking. Zaporizhzhya National University occupied the 14 position in the context of Ukrainian universities and 3234 position in the global context.

As it is known, the results of the studies of Webometrics are published twice a year. In 2016 ZNU took the 31st place in the winter ranking (at the beginning of the year) and the 22nd in the summer ranking.
In the process of formation of the Webometrics Ranking of World's Universities the developers take into account the number of the University website pages indexed by search engines, the external links to it, the citation of this resource, as well as the number of uploaded files. In other words, the meaningful and informative components of the website of the University are evaluated.
The developers note that the website traffic and its design are not considered. A new web-ranking of the world universities Ranking Web of Universities is formed according to the systematical data received in January of 2017.
The top-20 Ukrainian higher education institutions in the Webometrics Ranking January 2017 (world ranking) can be found at: http://www.webometrics.info/en/Europe/Ukraine%20