Issues of the European Reformation investigated in ZNU 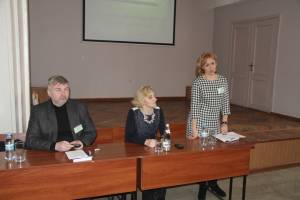 February 8 on the basis of the Faculty of History of Zaporizhzhya National University was held the international scientific-practical conference "The European Reformation of the 16th century: historical and anthropological dimension" dedicated to the 500th anniversary of the Reformation in Europe.

The co-organizer of this conference was the Department of World History and International Relations of the ZNU Faculty of History, Zaporizhzhya Regional Research Society for History and Culture of Central and Eastern Europe and O. Novitsky Scientific Society of Zaporizhzhya. This scientific event was attended by the students and historians not only of our University, but also from other universities and scientific institutions of Ukraine, Poland and Slovenia. 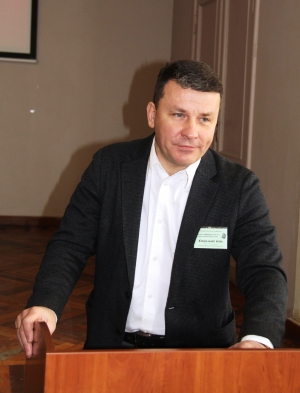 The Vice-Rector for Educational Research and Academic Affairs of Zaporizhzhya National University Oleksandr Hura made a welcome address at the opening of the conference and noted the importance and relevance of this conference. During such events the new scientific views and ideas appear and will help form the scientific concepts of historical and civilizational development.
The meaningful reports for the conference were prepared by scientists of ZNU and by the representatives of the Diplomatic Academy of Ukraine under the MFA of Ukraine, the Institute for Research of Early Modern Times (Ljubljana), the Taras Shevchenko National University of Kyiv, the Kharkov State Academy of Design and Arts, the Archives Department of the Zaporizhzhya City Council, the Faculty of History of the University of Warsaw, the Metallurgical Institute of Zaporizhzhya State Engineering Academy. For example, the Candidate of Historical Sciences, Associate Professor, Professor of the Department of World History and International Relations of ZNU Lyudmyla Nesterenko in the report «The Reformation in France: oppositions and conflicts through the prism of faith» analyzed the possibility of the use of historical psychology, the reconstruction of the mental changes in the French 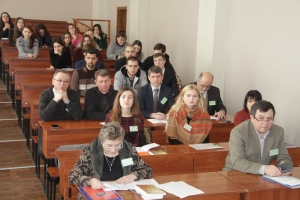 society of the 16th century for the extension of the studies of the Reformation history.
Besides, the Doctor of Historical Sciences, Professor of the ZNU Department of History of Ukraine Oleksandr Ihnatusha during the report «The Protestant communities of Zaporizhzhya region and their leaders (the 20s of the 20th century)» characterized the scale and dynamics of the spread of Protestantism on the territory of Zaporizhzhya region in the 20s of the 20th century and clarified the features of historical development of the communities of different Protestant denominations. 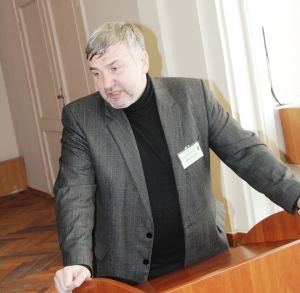 Also at the plenary session of the conference the report «The Reformation and gender: from the apology of patriarchy to the feminist theology» was made by the Candidate of Historical Sciences, Assistant of the Department of Art History of Shevchenko National University of Kyiv Stefaniya Kovbasyuk. She analyzed the ways of the construction of gender, «masculinity» and «femininity» in the era of the Reformation on the basis of the narratives of Martin Luther, Martin Bucer, Argula von Grumbach, Katharina Schütz Zell, and Marie Denter.
So, during the meetings there were explored such issues as: the Reformation and international relations in Central Eastern Europe in the first half of the 16th century; the religious beliefs of the population of Europe on the eve of the Reformation; the Protestants in the spiritual life of Ukraine; the transformation of the views of Martin Luther on marriage and celibate; the impact of the Reformation on the European culture and art; the role of the Catholic Church in the formation of national identity in Ireland; the images of figures and events of the European Reformation of the 16th century in the world cinema of the 20th-21st century.
In addition, there was also presented the scientific collection «The European Reformation of the 16th century: historical and anthropological dimension (dedicated to the 500th anniversary of the Reformation in Europe)»: materials of the international scientific-practical conference.
Photo gallery: https://www.facebook.com/pg/univerzp/photos/?tab=album&album_id=1506687636027291

Ambassador Extraordinary and Plenipotentiary of the Republic of Bulgaria to Ukraine visited ZNU
Round-table meeting dedicated to the birth of Arabic studies in Zaporizhzhya held at the Faculty of History
Professor from the United States cooperates with laboratory of archeological research of ZNU
Naufal Khamdani gave lecture on history of the Maghreb for students of ZNU
American Professor gives lectures to students of Faculty of History
© 2018 ЗНУ Запорізький національний університет, 69600,
м. Запоріжжя, вул. Жуковського, 66,
Відділ діловодства тел./факс +38 (061) 228-75-08
Приймальна комісія тел. (061) 228-75-38 та (061) 289-12-68
Офіційна пошта