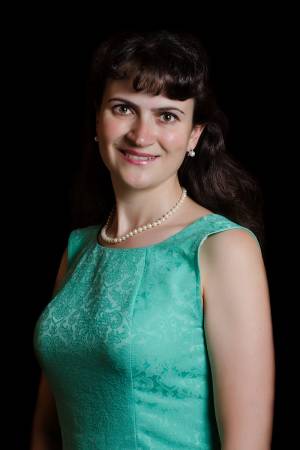 At the beginning of the speech, she outlined the main directions of lecturers and students’ scientific activity of the Faculty of Economics. The speaker mentioned the organization and holding of scientific conferences and round table meetings, the implementation of the innovative business ideas within the business incubator «BI-Zaporizhzhya», the activity of the scientific school «Green Economy», the participation of students of the Faculty of Economics in the all-Ukrainian contests and academic competitions, the participation of research workers in webinars, international workshops and internships. Also the reporter emphasized the development of scientific projects financed by the state budget and the work of the Specialized Scientific Council for defence of candidate and doctoral theses in the specialty «08.00.04 – Economics and Management of Enterprises (by types of economic activity)».

Besides, she noted that annually 4 large-scale conferences are held at the Faculty of Economics with the participation of both experienced scientists and those who make the first steps towards a scientific career. All of them are popular among the scientific community.

Furthermore, Yuliya Kusakova mentioned the international round table «Integration of Education, Science and Business», which for the fifth time was carried out at the Faculty of Economics in 2016. Its work has consistently involved representatives of the National Academy of Sciences of Ukraine, the Academy of Economic Sciences of Ukraine, the All-Ukrainian Union of Scientists-Economists, the leadership of national universities, enterprises and public organizations. Professors and students of the ZNU Faculty of Economics are actively involved in the discussion of important issues of an effective interaction of educational, scientific and business spheres of the Ukrainian society.

In addition, she remembered the activities of the student group of the school «Green Economy» under the leadership of the 4-year student of the specialty «Personnel Management» Daria Pyenzyeva. The school provides a coordinating, organizational, innovative, scientific and methodological support in the work with a modern, gifted youth, a creation of conditions for further opportunities to promote their ideas, innovations, projects, etc.

At the same time, an important direction of scientific activity development at the Faculty of Economics is the participation of professors and students in the international academic exchange programs. So, the Dean of the Faculty of Economics, Professor Alla Cherep interned in Kazakhstan in November-December of 2016 and contributed the signing of cooperation agreements with the 3 universities of Kazakhstan. Also, the professors which completed an internship at foreign universities are: Tetyana Batrakova, Svitlana Kushnir, Volodymyr Buhay, Zinaida Urusova, Anna Pereverzyeva, Nataliya Seysebayeva, Alina Osaul and others.

According to the reporter, the students of the Faculty of Economics are also actively involved in the exchange programs. Among them: Damir Kulish (University of Oldenburg, Germany), Oleksandr Korobov, Anastasiya Huba and Laila Choudkhuri (they won in the international internship program «The Erasmus Mundus project – ELECTRA», and studied at the universities of Italy and Bulgaria); Kostyantyn Merkulov (Masaryk University, Brno, Czech Republic), Olha Baihush and Bohdan Khokhlov (Babeș-Bolyai University, Romania) and Iryna Trylis (University of Foggia, Italy).

The participants of the Scientific and Technical Council appreciated the report on the results of scientific activity of the Faculty of Economics. Also Yuliya Kusakova noted that the representatives of the faculty tend to focus on the further commercialization of the scientific research results, especially on the support of the project activities and the development of contractual research topics.