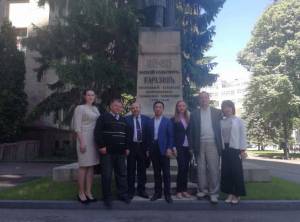 A delegation from the Zaporizhzhya National University, consisting of the Vice-Rector for Scientific and Pedagogical Work Volodymyr Volkov and the lecturer of the Faculty of Foreign Philology Olha Tupakhina, visited the Confucius Institute of the V. N. Karazin Kharkiv National University with the aim of exchanging experience and achievements.

So, the director of the Confucius Institute of the V. Karazin Kharkiv National University Anatolii Bainazarov told the guests about the experience of his structure, and also outlined possible perspectives of cooperation. In particular, it was about the possibility of passing an international qualification exam of the Chinese language (HSK and HSKK) for students of the Confucius School of the Zaporizhzhya National University and the joint carrying out of cultural events. In addition, the director of the Confucius Institute from the Chinese side Din Shyven informed his colleagues about the possibility of participating in the scholarship programs of 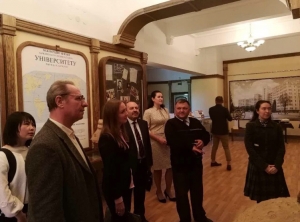 It is worth mentioning that the Zaporizhzhya National University invites everyone interested to study Chinese at the Confucius School. Level of training – elementary. Training term – from three to six hours per week, depending on the age category. Teachers are the speakers of the Chinese and Russian languages.

Collective applications from schools are filled in for each age group or class with an indication of the form of study (scheduling, elective or group work). The minimum number of students in the group is 12 people.

Training course begins in September 2017. The opening of the Confucius School on the basis of ZNU is the result of the conclusion of an agreement on cooperation between higher educational institutions by the Rector of the Zaporizhzhya National University, Professor Mykola Frolov, and the Rector of the Anhui Pedagogical University (Wuhu, Anhui Province, China), Wang Lun, for a term of 5 years with further prolongation.

The purpose of the Confucius School is the representation of the international information platform, which aims to present China around the world. It should promote the study of Chinese language, culture, traditions and mutual understanding between the Ukrainian and Chinese peoples.

Registration form for schools is by the link: 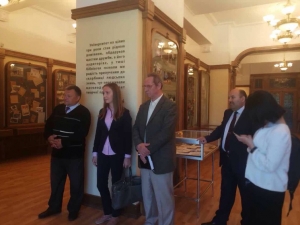 Registration form for language courses is by the link: