For many students and graduate students of ZNU, summer is a time not only for rest, but also for self-improvement and additional education. In particular, they actively participate in the international academic programs, increase their professional and linguistic competencies. For example, recently, the second year postgraduate student of specialization «Journalism», the graduate of the Faculty of Journalism Ihor Samokysh returned to Zaporizhzhya from Germany. For almost two weeks, he actively participated in the Summer School "Conflict and Sensory Journalism" within the DAAD Ost-West-Dialog program.

An internship was held at the Institute of Communication and Media Sciences, Department of Journalism, University of Leipzig. The initiator of the event was Moldova-Institut Leipzig, MIL. 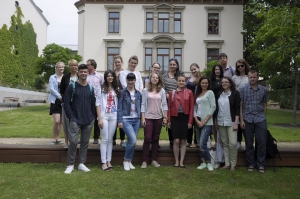 In the period from July 2 to July 12, 13 people took part in the work of summer school: students, professors, journalists and postgraduate students. The group included two representatives from Moldova and one from Germany and from Armenia. Other participants of the school were from different regions of Ukraine.

There were various lectures, trainings and seminars, related to the disclosure of different aspects of the subject of conflict and its coverage in various media. School participants found out how to perceive, understand and cover information on emergencies. Also, during the work of the school, its organizers paid a lot of attention to the interviewing ability with people affected by natural or man-made disasters or military actions and conflicts. The lecturers were journalists-practitioners, media trainers and experts. 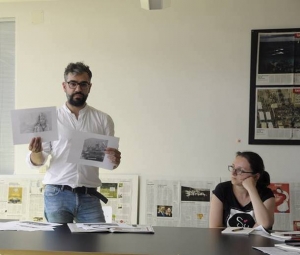 Ihor notes that after this trip he has exclusively positive impressions. During an international internship, he met interesting and like-minded people, as well as learned a lot of new information, which can be used both in practice and during the writing of his candidate's dissertation.

By the way, during his study at the 4th year of the ZNU Faculty of Journalism (2009-2010), Ihor took advantage of the opportunities that the students get from the academic mobility. Together with two other students, Pavlo Kovalenko and Yevheniia Bohdanova, he trained at the Luleå University of Technology (Sweden) at the Faculty of Music and Media. According to Ihor, this contributed to the improvement of his knowledge and professional development.