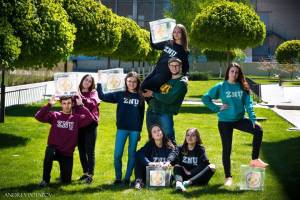 On May 15, the Zaporizhzhia National University hosted the election of a new membership of the Student Council. According to the results, student of the Department of Sociology and Management Maria Peresypko became the new head of student self-government at ZNU.

During the day, all interested students of full-time education at ZNU were able to identify their student position.
This year, 2 candidates were registered as the chairman of the Students Council – a student from Department of Sociology and Management Maria Peresypko and a student from Department of Foreign Philology Diana Nezhura. Moreover, before the election, all interested persons had an opportunity to get acquainted with the election programs, teams and the main projects of each candidate for the new Student Council of ZNU.
After opening the boxes for voting, the counting commission conducted a count of votes and filled in the protocol. So, according to the results of the final counting of votes, 550 students of ZNU participated in this election and voted. Thus, 296 students cast their votes for Maria Peresypko as chairman of the Student Council, and there were 248 votes for Diana Nezhura, also six ballots were found invalid. Thus, the new team of the ZNU Student Council was supported by a m 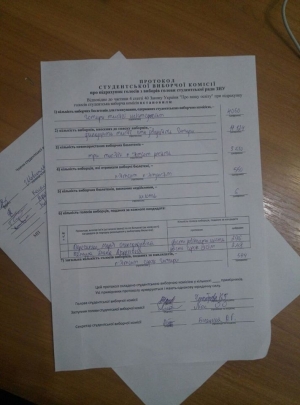 ajority of votes. The members of the SEC (Student Election Commission) themselves state that during the voting, the counting commissions worked responsibly and coherently.

According to the provisions on student self-government, the Student Electoral Commission has 3 days to finalize all necessary protocols on the results of the elections to the Academic Council, the Labor Team and the post of the Head of the Student Council of ZNU. The details of the election results can be found in the general protocol below.