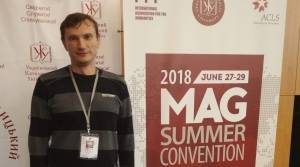 A few days ago, International MAG Convention “The Image of the Self” was held in the Ukrainian Catholic University in the city of Lviv where 490 people were present from more than 20 countries of the world. 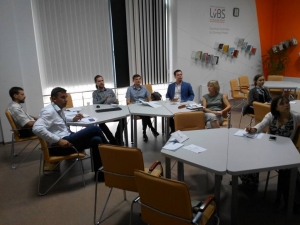 Support for the convention was received from: The International Association for the Humanities – MAG, the Association for Slavic, East European, and Eurasian Studies (ASEEES) and program “Scientific Lviv” by Lviv City Council, Foundation to Promote Open Society, International Renaissance Foundation, Carnegie Corporation of New York and American Council of learned Societies.

The Faculty of History in ZNU was presented on this meeting by the PhD in History Serhii Bilivnenko. Owing to the travel grant from the International Association of Scholars the scientist has got a possibility to present his own scientific works and learn about other works from the foreign colleges in studying of the self-presentation of different social and ethnical groups, practices in exploring the problematic issues of the history of East Europe.

A distinctive aspect of the convention was the collaboration of the efforts from the representatives of different humanitarian branches: historians, architectures, art historians, linguists, political 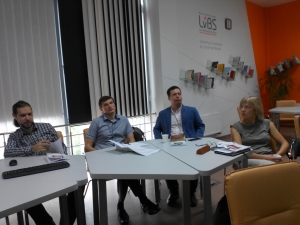 scientist, social workers, specialist of anthropology in studying the Central and East Europe.

Serhii Bilivnenko presented his report on the first day of the convention and the title of which was “ “Own” on the Dnipro: identification markers of inhabitants of the Dnipro villages”.

Discussant on the session was the well-known American researcher of the Dnipro River and ecology in Ukraine Roman Cybriwsky, Temple University (USA). He mentioned the high level of researches referring to the usage of sources which were taken from the annual materials of ethnographical expeditions of historical faculty in Zaporizhzhia national university.