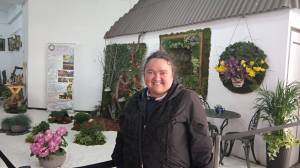 According to information from the director of the project activities department, vice-dean of the Faculty of Biology in international work, senior professor of the forest management department and genetics Olena Boika who was the responsible of the project’s work “Familiar strangers” has said that ZNU is going to realize the project of establishment the panels with tree QR-codes which are located in the campus. 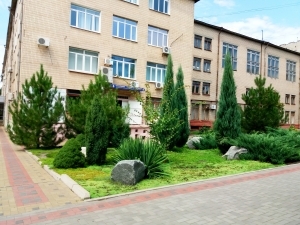 20 000 UAH will be given in order to put this project into practice which was promoted by Olena Boika; this monetary certificate had been already received by the representatives of ZNU. In order not to waste time, organizers of this project have started to make preparation for the presentation of “Familiar strangers”.  It is planned to establish about 50 panels with QR-codes near the unique species of tress this September. What is more, every single panels will have its special QR-codes from both sides; one side  is going to be in Ukrainian, and another one in English (translation of the text will be made also by Olena Boika, as she has not only professional biological education, but also Master’s degree in Foreign Language). If you want to find information about the unique tree you should scan the corresponding QR-code from the panel by using the typical QR-reader which can be downloaded in your phone and in a few seconds you will get the nee 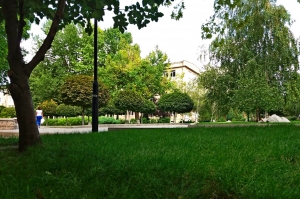 ded, affordable and interesting information. By the way, these information abut the trees would be made by the representatives of the forest management and genetics department.

50 panels are going to be made by September, also they will be established on the territory of campus and all the information about trees will be downloaded on the corresponding electronic resources. This information will be about unordinary species of Mongolia, sakura, elm tree, and pine tree.

The presentation of the project will be held as celebration event with contests, quests, quizzes. The funds which are provided within grant program includes financial assurance of this celebration and will be spent on the presents to its winners and different delicious meal for all the guests of the event. The pupils from Aleksandrovsky district, their teachers, and all who want to become a part of this project are planned to be invited on the presentation of the project of “Familiar strangers”.

Olena Boika points out that establishment of the panels with QR-codes is common worldwide practice. The university has decided to make the panels also with English translation in order to make the city more attractive to foreign tourists.

ZNU reported on the implementation of the MultiEd project during National Erasmus+ Office preventive monitoring
“Summer School of Young Journalists” successfully completed its work in ZNU
The results of the implementation of the international project EUROPROC in ZNU were presented in the National Academy of Educational Sciences of Ukraine
The results of international project EUROPROC: the second year of implementation were summed up at ZNU
Scholars of ZNU within the framework of the EUROPROC project are expanding cooperation with Ukrainian universities
© 2018 ЗНУ Запорізький національний університет, 69600,
м. Запоріжжя, вул. Жуковського, 66,
Відділ діловодства тел./факс +38 (061) 228-75-08
Приймальна комісія тел. (061) 228-75-38 та (061) 289-12-68
Офіційна пошта