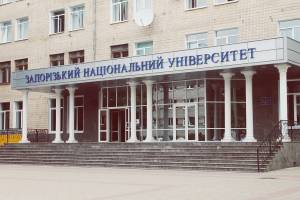 August 1, 2018 is going to be the day, when the entrants will know who got the recommendation to have an ability to study on the budget form of education. This news is relevant for those who apply for a Bachelor degree after the school. Those enrollers who are recommended for a budget will receive the special status as “Recommended for admission (education for the state (regional) budget funds) in the electronic office. 6th August at 6pm these enrollers have to follow certain enrollment requirements such as to submit the original documents. To find the list of needed documents, and other requirements you can on the web-sites of the universities or by turning to the admission board of ZNU.

After fulfilling all the requirements the status of electronic application will be changed into “Included in the order”. The order of enrollment is later will be issued in the university. If the enroller does not comply with the demands his recommendation will be cancelled, and the status will be changed into “Excluded from the list of the recommended (education for the status (regional) budget funds)”. Those who will not get the recommendation on the 1 August, they will receive the status “Admitted to the competition”. This type of enrollers automatically takes part in the competition for a contract form of education.

The process of recommendation the students for the contract from of education will be held 7 August after enrolling the students on the budget.

After 7 August, the enrollers would be grouped among the vacant seats of state, regional order, and those which are funded by target preferential state credit. It should be lasted till 18 August. The ability to change specialties has only the students with special conditions.

For its changing the entrants have to be admitted on the contract form of education in advance.

The enrollers can turn to the work staff of the admission board (the second academic building, auditory 116) in order to get all the necessary information about the stages of the admission campaign. Pay attention that the consultation centre works from 9 am till 5pm (from Monday till Friday). It also works till 2pm every Saturday.

Consultation Center of ZNU is ready to help applicants to enter the university
ZNU announces admission to the graduate school to obtain the degree of Doctor of Philosophy (PhD)
The applicants of the Faculty of Journalism can choose the educational program "editorial and publishing activities and media modeling"
ZNU takes leading positions in the ranking based on the results of the entry-2018
ZNU takes leading position in numbers of received applications from the enrollers
© 2018 ЗНУ Запорізький національний університет, 69600,
м. Запоріжжя, вул. Жуковського, 66,
Відділ діловодства тел./факс +38 (061) 228-75-08
Приймальна комісія тел. (061) 228-75-38 та (061) 289-12-68
Офіційна пошта