The graduator from ZNU, and Paralympic athlete Mariia Pomazan won the gold medal on the World Para Athletics European Championships 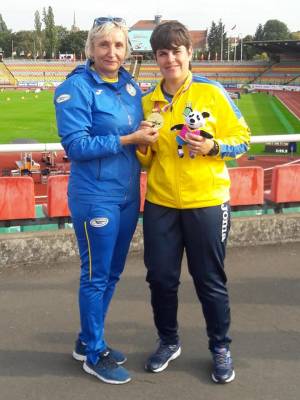 What is more, in 2012 at the Paralympic Games, which was held in London, Mariia Pomazan received “gold” for pushing the core and “silver” for throwing the disk.

During Paralympics in 2016 which took place in Rio de Janeiro, she won another silver award. In 2017 athlete in the national Paralympic team took part in the world championship in athletics for the Paralympics in London. During the competition in the shot put, Mariia added to the victories of Ukrainian athletes another big victory after winning the gold medal.

The team of Zaporizhzhia national university congratulate Mariia Pomazan, we are incredibly happy for her new victory, and wish new sport achievements from the bottom of  the heart.