Ukrainian and foreign economists have discussed the integration issues 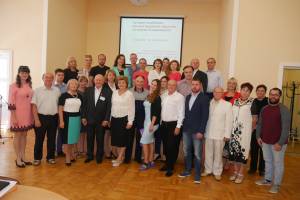 A meeting of the VII International Round Table "Integration of Education, Science and Business" with the participation of Ukrainian and international education representatives, experts in economics and representatives of production was held in ZNU on September 21. 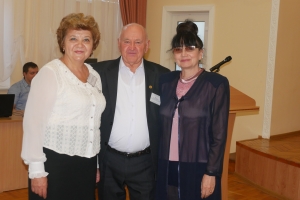 The organizers of this event are the Faculty of Economics of ZNU with the support of the Ministry of Education and Science of Ukraine, Zaporizhzhia Regional State Administration, Academy of Sciences of Higher Education of Ukraine, Academy of Economic Science of Ukraine, All-Ukrainian Union of Scientists and Economists, as well as Ukrainian and foreign universities such as  University of Economics in Katowice (Poland),  Abai Kazakh national pedagogical university, the educational complex of San Mart-Shavan (France) and others.

There were discussed such main issues as the problems of integrating education, government and business, the prospects for cooperation between science and business, the integration of science and business as the basis of the national economic development of the country.  A lot of attention was also paid to the issues of a new trajectory of Ukraine-France cooperation in the field of economic security, resource efficiency, and considered modern management tools for the development of enterprises and regions. 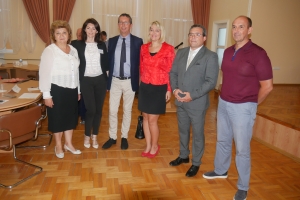 Guests and participants were greeted by the vice-rector for scientific work, Hennadii Vasylchuk and dean of the Faculty of Economics Alla Cherep. Hennadii Mykolaiovych was speaking to the public on behalf of the rector's office and the rector of the university Mykola Frolov, and he drew attention to the growth of the number and geography of the participants, which indicates the interest of representatives of the economic field to the topic.

Dean of the Faculty of Economics Alla Cherep has opened the meeting of the round table, pointing out that the professors and specialists who gathered in the hall care about the economic situation of Zaporizhzhia region and Ukraine.  She briefly acquainted the audience with the economic situation in the region, listed the main problems that the representatives of manufacture and higher education must solve today.  Experts think that the way out of this difficult situation is in the growth of the small and medium-sized business sector, and therefore they pay great 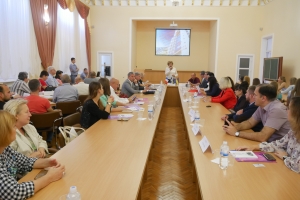 Other participants of the roundtable also joined the discussion of the economic problems in the region, for many of them it was not the first time on such meetings.

The guests of the meeting were especially interested in the reports of the guests from France - the professor of accounting, financial management, social law of the San Mart-Shavan educational complex Sebastien Buten and the professor of accounting, management, tax system of small and medium business Jean Erik Ruzhie.  They provided information on the economic and geographical situation of France and the region represented by New Aquitaine. 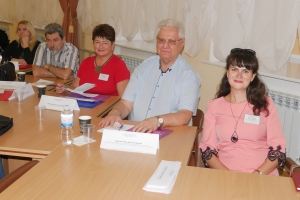 Also, the guests read a letter from Veronique Despore, director of the education complex Mart-Shava, who outlined the directions of cooperation with the 12 universities with which the higher education institution she co-operated, and also proposed the directions for further development for both our universities.

After that, there was the discussion of the problems of the economic sector of Ukraine. The main scientific secretary of the Higher Education Academy of Ukraine, academician, professor of the Department of Phthisiology and Pulmonology of Bogomolets Medical national university, Radu Protsiuk, Vice President of Academy of Economic Science of Ukraine, Head of Accounting and Audit Department of Pryazovskyi State Technical University, full professor Mykola Bilopolskyi, Director of Zaporizhzhia Regional Administration of JSC CB "PRIVATBANK" Viktor Ostapenko, Director of the Regional Fund for Support of Entrepreneurship in Zaporizhzhia region Volodymyr Stepanenko and others Ukrainian and foreign economists discussed integration issues.