Boxing Cup of Ukraine has started in ZNU 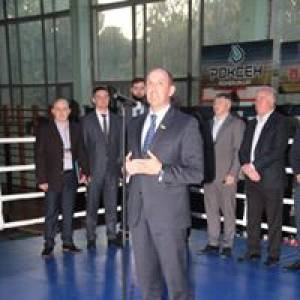 Competitions for the Boxing Cup of Ukraine among men in different weight categories with the participation of leading athletes from 22 regions of Ukraine began in ZNU sports and recreation center. 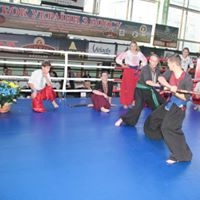 According to the organizers of the championship, which takes place in the framework of the 42nd boxing tournament dedicated to the liberation of Zaporizhzhia from the fascist invaders and the memory of Hero of the Soviet Union Mykola Yatsenko, will continue until October 14. 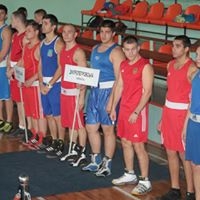 The representatives of the leadership of our region, the university administration and famous athletes came to these competitions. The championship was opened by honored guests, among which were: the chairman of the organizing committee of the competition, the honorary president of the Zaporizhzhia Boxing Federation, the chairman of the sports society "Fighting Gloves" Oshan Beladze, the head of the executive office of the Zaporizhzhia regional council, Volodymyr Podorozhko, the deputy of Zaporizhzhia mayor Anatolii Pustovarov and others.

The guests of honor appealed to all participants of the competition with words of welcome and wished them uncompromising struggle, fair and fair refereeing and victory to the strongest. 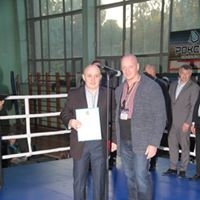 In turn, the vice-rector for scientific work Hennadii Vasylchuk noted that holding these competitions within the walls of ZNU is a great opportunity to unite a large number of people who support and work on the development of Ukrainian sports, because this championship is another step towards the development of sports and boxing in Ukraine.

It should be mentioned that about 150 young and promising boxers from different cities of Ukraine took part in the championship, who met in the ring at ZNU and demonstrated a high level of training, courage and athletic skills.  At the beginning of the official part of the champion 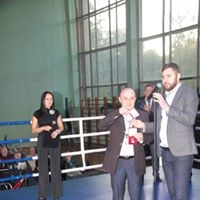 ship, a parade of participants from different regions of Ukraine took place, after which all participants and guests listened to the national anthem of Ukraine and honored the memory of the Honored Coach of Ukraine, Honored Worker of Physical Culture and Sports of Ukraine, vice-president of the Boxing Federation of Zaporizhzhia Region, Honorary Citizen of  Zaporizhzhia Yurii Beladze.  In addition, еру participants of the competition completed an honorary mission of laying flowers at the monument to the Hero of the Soviet Union Mykola Yatsenko.

After the end of the competition, the best athletes of all weight categories will be awarded with cups, medals and certificates.