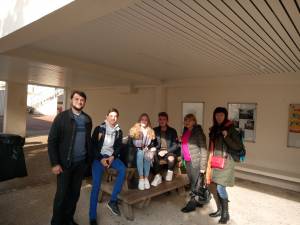 From November 11 to November 15, the delegation of the Faculty of Economics of ZNU visited the training complex San Mart-Shavan.  Professors and students visited Angouleme (France) as part of a cooperation agreement between universities in Ukraine and France signed in March 2018. 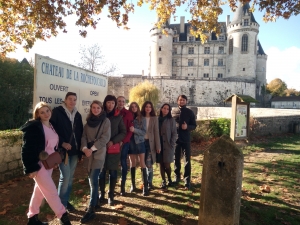 In the autumn of this year, French professors and students visited the economics department of Zaporizhzhia National University, and in November they anticipated for the Ukrainian delegation in France.

The program of stay was quite vivid.  Every day, Ukrainian and French colleagues participated in various events.  In particular, Tetiana Batrakova, Associate Professor of the Department of Finance, Banking and Insurance, gave a presentation on the economy of Ukraine and the role of the Zaporizhzhia region in it, the structure of the Ukrainian economy and doing business in a crisis.

French professors and students presented their region, its socio-economic structure 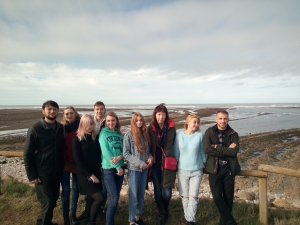 .  Education at the Faculty of Economics in San Mart-Shavan is practical.  Bachelors are trained in the short program, which lasts 2 years, so it was very interesting to attend classes, to learn from the experience of French colleagues in the teaching of economic disciplines.

The emphasis in the training of French specialists is primarily on close cooperation with business, therefore, during their stay in the Charente region, the representatives of ZNU spent an overwhelming amount of time at enterprises where the owners talked about the organizational features of doing business, state support for small and medium businesses, 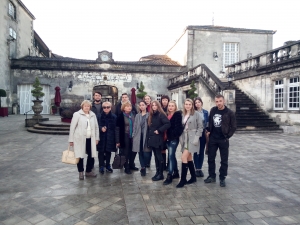 Zaporizhzhia professors visited Letuffe institutions, consisting of three stores and a chocolate factory. In order to understand how to make chocolates, guests were invited to take part in master classes.

Particular was a visit to the Rondinaud home shoes factory, which is part of the Charentaise association, founded in 2018 through the merger of four historical Charente companies: Rondinaud, Degorce, Ferrand and Laubuge.

Certainly an integral component of the economy of the Charente region is agriculture, in particular viticulture. Ukrainian delegations provided an opportunity to learn about the characteristics of both the cultivation of grapes and its processing. In the city of Cognac, they were given an excursion in the Otard Cognac House, which is the sixth in the ranking of French brandy producers. 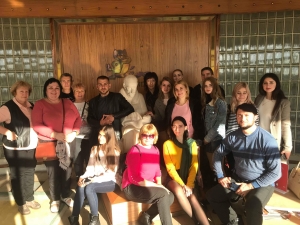 ion in the work of this auction for the sale of seafood. They were in the auction building, looked at the work of traders, watched the prices change.

Also, representatives of ZNU were amazed by the fact that Angouleme is the world capital of comics, as evidenced by both international festivals held here annually and major international art schools that gather students from around the world, as well as the Museum of the History of Comics, which they  gladly visited and learned about the industry from the inside.

The visit was pretty saturated, both parties hope for further cooperation between educational institutions and faculties in the next 2019!

At the Faculty of Economics, the annual conference «Management of socio-economic development of regions and state» brought together online more than 100 scientists from different countries of the World.
Team of the Project ERASMUS+ KA2 DESTIN are trained in updating the study programs in journalism
Teachers of the Faculty of Journalism exchanges experience with colleagues in Sweden
Students of ZNU have the opportunity to receive a grant by winning the contest “Being smart is trendy”
Nominal scholarships will receive 9 students of ZNU, who have success in school, research and other fields of activity
© 2018 ЗНУ Запорізький національний університет, 69600,
м. Запоріжжя, вул. Жуковського, 66,
Відділ діловодства тел./факс +38 (061) 228-75-08
Приймальна комісія тел. (061) 228-75-38 та (061) 289-12-68
Офіційна пошта