Urban studios in Ukraine were investigated on the Faculty of History 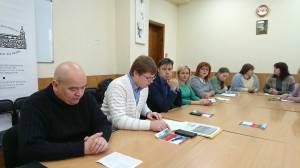 Recently, a scientific seminar “Urban studios in Ukraine: urban space and symbolic images of Zaporizhzhia” has been held on the basis of the history department. The event was held in the framework of the international scientific project "Practices of self-representation of a multinational city in the industrial and post-industrial era", which is carried out with the support of the the Kowalsky Program of Canadian Institute of Ukrainian Studies of University of Alberta (Edmonton, Canada). 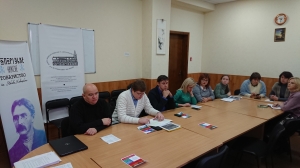 The chairman of the organizing committee was Volodymyr Milchev, dean of the history department, and Serhii Bilivnenko, associate professor of the department of source study, historiography and special historical disciplines, moderated the seminar.

During the seminar the following reports were presented for discussion:

- Yevhen Rachkov (Kharkiv) "Database technologies in the study of the symbolic space of the cities of Ukraine"; 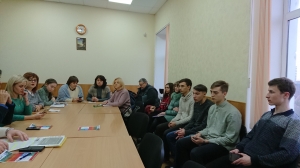 - Serhii  Bilivnenko (Zaporozhzhia) “Methods and specifics of interviewing residents of Zaporizhzhia in the framework of the project '' Practices of self-representation of a multinational city in an industrial and post-industrial era '';

- Petro Boiko (Kyiv) "Evolution of perception of the symbolic image of Greater Zaporizhzhia";

- Iryna Savchenko (Zaporizhzhia) “Nonresident” in the city: daily practices of the city of Zaporizhzhia in the late 1940s - early 1960s according to oral historical evidence ”; 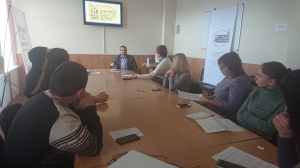 The scientific seminar consisted of three parts. The first part (November 28) of the seminar was devoted to the discussion of technical issues related to the implementation of the project.

The second part of the seminar (November 29) was devoted to working with materials collected as part of the project.

The third part of the seminar (November 30) was concentrated on the discussion of topical issues of urbanism related to symbolic space, cultural heritage and historical memory, regional humanitarian policy, the formation of urban identities, socio-cultural aspects of the post-communist transformation in Ukraine (Zaporizhzhia example).

The 2nd year students of the Faculty of History were attracted to work in the seminar, had the opportunity to get acquainted with the latest trends in urban studies in Ukraine.