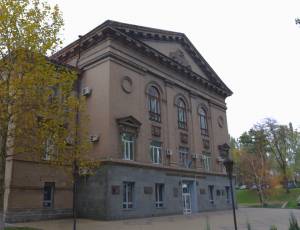 Zaporizhzhia National University entered the top 15 best universities in the rating list in terms of "Applicants enrolled in a contract", taking the 10th position out of 393 possible. Last year it took 11th place. The rating indicates that the number of people enrolled in the contract form of training (at the expense of legal entities and individuals) for ZNU in 2017 was 1,296 people (1,266 people last year).
In the rating list compiled by the indicator “Applicants credited to the budget”, the indicator “credited to the budget” has increased and now stands at 276 (last year it was 268 people). The rating for the university "contract / budget ratio" is 4.70 (last year - 4.72). Applicants not only from Zaporizhzhia, but also from neighboring areas were interested in entering the university, so only the best of them became students.
The rating is published to inform future school graduates and young people who are planning to enter higher education institutions in 2019. In their opinion, the statistics will help applicants assess their own chances of joining domestic universities and make an informed choice of an educational institution for higher education.
Rector of ZNU Mykola Frolov mentioned that all members of a large and friendly university team are making efforts so that ZNU remains in the future the leader of education in Ukraine.

Consultation Center of ZNU is ready to help applicants to enter the university
ZNU announces admission to the graduate school to obtain the degree of Doctor of Philosophy (PhD)
The applicants of the Faculty of Journalism can choose the educational program "editorial and publishing activities and media modeling"
ZNU is an absolute leader of the region owing to the web presence and one of the first in Ukraine in the Webometrics Ranking
Today the enrollers will get the recommendation on a budget form of education in the messages in their electronic offices
© 2018 ЗНУ Запорізький національний університет, 69600,
м. Запоріжжя, вул. Жуковського, 66,
Відділ діловодства тел./факс +38 (061) 228-75-08
Приймальна комісія тел. (061) 228-75-38 та (061) 289-12-68
Офіційна пошта